How to Travel on a Budget in London and New York

While they may both be permanent fixtures on lists of most expensive cities in the world, it is possible to visit London or New York without breaking the bank.  All you need for that amazing holiday is a few insider tips.  That is why we have put together some of our favourite ways to experience these fantastic cities on a shoestring budget.

We can all agree that travelling on the Rand especially when you’re buying things in Pounds can really put a strain on the travel budget.  However, despite the exchange, travellers can still enjoy this amazing city with help from these few tips to help maximize the mileage from your money.

London has an amazing network of public transport systems that are affordable, quick and easy to use and run almost any time of day and night.  To reduce the number of ticket office transactions, London’s Department of Transportation recently introduced the ’Oyster Card’.  Thismeans that travellers can access heavily discounted rates on tube, light rail, London buses, trams, river boat services and even national rail, simply by buying prepaid tickets on the card.  So, instead of fussing around with an expensive cab or wasting money with buying one off fares, plan out where you want to go in the city, and buy yourself a card.  Best of all, if your balance runs low on the card it can be topped up at any tube station in the city.  Win! 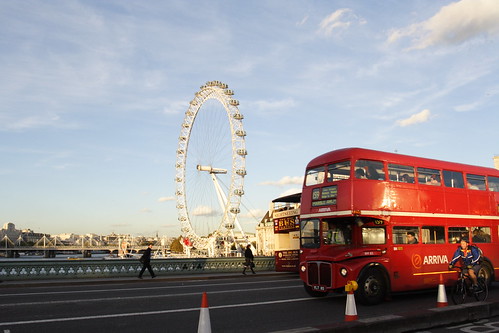 Westminster Abbey, Big Ben, Tower of London, the London Eye…the list of must-see attractions is certainly endless.   The good news is you don’t have to spend a fortune in entrance fees to see them all.  Clever companies like ‘London Pass’ have created value packs that bundle fees for various attractions around the city at discounted rates.  So, instead of paying top dollar, do a little online research and see what kind of a deal you can get.  With savings of up to £15 off some entrance to some attractions, it pays to have a pass.

While there are a lot of reasonably priced places to eat in London, three squares a day really starts to hurt the pocketbook.  By booking one of the beautifully located self-catering hotels around London,you can save yourself quite a few bucks.  Not only will you save money on the nightly rate compared to a fancy hotel, but you won’t have to shell out for every meal.  So, head to your neighbourhood Tesco’s and pick out some snacks and easy to prepare meals.

London also has a network of rentable bikes with convenient docking stations around the city.  On a nice day, go for a ride.  It’s not only great exercise but also an amazing way to see the city.

Better known as the Big Apple, New York is also known for prices as high as its buildings.  Don’t let that discourage you, this busy city is full of secret ways to save money.  You just have to know where to look.

All over the U.S. between 4pm and 5:30, numerous establishments have amazing specials on food and drink.  2 for 1 drinks, 20% off food, the combination of amazing deals is endless.  So, instead of paying top dollar for an afternoon drink or a late lunch, pop in for some happy hour goodness.Your wallet with thank you.

We know what you’re thinking…Happy hour sounds all very well and good but what if I’m hungry at noon like everybody else?  No problem.  The city is famous for its selection of cheap, delicious eats served fresh from food trucks parked around the city.  Whipping everything up from gourmet burgers to ultra-healthy salads, there’s no limit to amazing things to curb your hunger even if you’re on a budget. 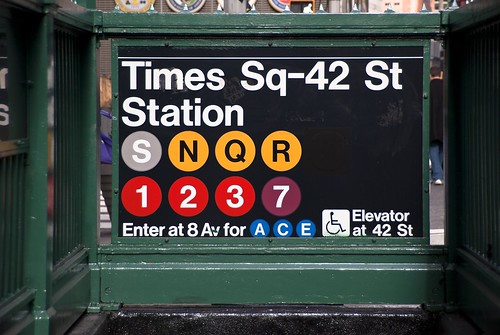 95% of travellers to the city participate in one or both of these two activities during their stay. So why not get the best deals?  If you’re planning on taking in a Broadway show, book well ahead of time and go online before-hand for discount codes and rates.  For those that love to shop, 5th street may be appealing for its glamour, but the prices are anything but.  Go have a look, but know that there are lots of brand outlet stores in the city, and good deals to be had away from tourist areas.

New York may be famous for its sea of bright yellow cabs, but if you’ve ever experienced the busy traffic of the city, you’ll know they are not always the best option.  Don’t let the meter run up while you’re sitting in traffic, take the subway instead!  Not only is it quick and convenient but you never know who you’re going to see.  Both city Mayor Michael Bloomberg and Hollywood star Anne Hathaway among other famous faces are often spotted commuting around the city.

Ready to explore London & New York on a budget? Then visit our website today  www.flightcentre.co.za or call us on 0877 40 5018