Tweet
Overview
Gallery
Things to do
Where to stay

What started out as a little fishing village of no more than 6 000 inhabitants has become the transit hub of the United Arab Emirates with a population of over 1,3 million. From the climate to the architecture, there is nothing subtle about Dubai. An opulent and ostentatious playground for the rich and famous, the City has built an entire tourist industry on curiosity. Where else will you find manmade islands, underwater hotels and indoor ski slopes neighbouring millennia-old civilisations in the middle of the desert?

While most city destinations have a vantage point from which to view the skyline, nothing can prepare you for the vistas from the world’s tallest building – Burj Khalifa. From the viewing platform on its 124th level you’ll feel like you’re looking down on Dubai from the heavens. The much-photographed landmark, Jumeirah Mosque, is the only mosque non-Muslims may enter. While vast areas have been demolished to make way for modern marvels, one neighbourhood remains a labyrinth of traditional Emirati architecture, wind towers and Souqs. The Bastakia Quarter lies between the Dubai Creek and Bur Dubai district, and many of its buildings have been restored and transformed into art galleries and cafés. Experienced the carnival-like atmosphere created by the sights, smells and sounds of a small, covered Spice Souq as vendors compete to sell their aromatic frankincense, dried lemons, chillies, exotic herbs and spices.

Where to Eat and Drink »

The multinational population of Dubai bodes well for variety on both the palate and the plate. Here you’ll find everything you could possibly want in ancient and modern food, from Afghan to Vietnamese cuisine. Dining venues also come in multiple flavours, from rooftops to terraces by the beach. At the top end of the scale is five-star cuisine of the very highest order, while at the other end lies Al Dhiyafah Street, Dubai’s cheap-eats street. Here restaurants spill out onto the sidewalk so you can people-watch while feasting on food from Lebanon, Iran and the Indian subcontinent. Owing to licencing laws, alcohol may be served only in hotel bars.

The Burj Al Arab’s seven-star rating may be an urban legend, but nothing dominates the Dubai skyline and tourists’ imagination quite like it. The world’s tallest hotel, and probably the most extravagant, with its liberally applied gold-leaf and fireworks that launch from the bridge to announce the arrival of esteemed guests is a must-see. However, if your budget doesn’t allow for this “seven-star” experience, you can still find affordable accommodation in Dubai. Be aware that high season across all accommodation types is from September to May, so it’s worth booking in advance if you plan on visiting Dubai then.

Dubai must have been designed with shopaholics in mind; the city even hosts an annual shopping festival (usually mid-January to the end of February). Architects and designers live out their design fantasies in malls that offer indoor ski slopes with real snow, enormous aquariums and even indoor theme parks.
Dubai is known for really cheap gold, but you’ll have to haggle for it. A stroll through the dazzling Gold Souq is a must. If something in the window catches your fancy, be sure to barter. Persistent protest and the threat of walking away will often move merchants to drop their asking price in order to make a sale.

Good to know in Dubai

Browse our hottest Dubai holiday packages and flights to Dubai with us. 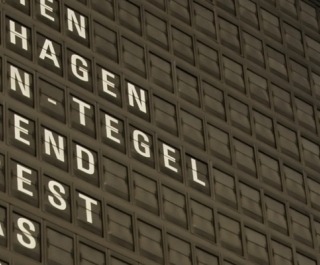 Part of a trip is the journey to your destination, right? So why not make an adventure out of your layovers and consider stopping over and adding an entirely new country to your holiday? There are many different destinations around the world that are considered to be the perfect place to stop over and enjoy a bit of extra time exploring a new country. more >
singapore hong kong dubai Istanbul 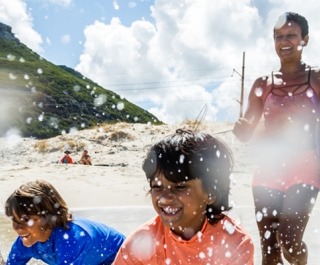 Family time is all about making memories and there’s nothing better than spending time with your tribe on a thrilling family adventure! Whether you’re looking for sun-filled days at the sea or want to expose your children to new cultures and history or want a fun destination where everything is laid on, our Travel Experts will take off all of the planning for you! more >
Zanzibar Paris London Holidays Cruising dubai Thailand Disneyland
What to do in Dubai »
Why early birds get the best deals »
See more travel experiences from our Blog »