Tweet
Overview
Gallery
Top 10
Things to do
Where to stay

Things to do in Phuket Guide

Want an island paradise, chilled-out retreat and party capital all rolled into one? Phuket is Thailand’s largest island and just the place to go for a fun-filled getaway. One of Thailand's most popular destinations, Phuket is best known for its sun-drenched beaches and dizzying array of nightlife, but there’s much more to discover than just palm-lined Patong.

Head to quieter Karon or Kata to soak up some sun (and surf in the right season) and don't forget to explore Phuket Town's Chinese heritage and unique architecture. From temples to Muay Thai and raucous cabaret shows, it’s hard not to fall in love with everything this absorbing destination has to offer.

Hit the sand & work on your tan at…

High on the list of things to do in Phuket is spending some time in the party centre of Patong. By day, Patong is your average tourist-lined beach; by night, it transforms into one of Thailand’s nightlife capitals. The almost four-kilometre long beachfront is lined with clubs and restaurants which light up after dark, with the liveliest clubs concentrated around Bangla Road.

For a more laid back scene, consider visiting nearby beaches including Kata and Koron, or taking a trip out to breathtaking Phang Nga Bay, where a series of spectacular limestone islands jut out of the water. Phi Phi Island is another popular day trip from Phuket, a destination you’ll definitely recognise if you’ve seen Hollywood movie The Beach.

Party on in Phuket...

Phuket restaurants reflect the diversity of the island's inhabitants, and Western staples abound (for a touch of the exotic, however, try dining on one of the island's famous floating seafood restaurants). Those with a craving for western food will find the greatest range in Patong, while traditional Thai treats can be found right around the island, with Raya House in Phuket Town one of the picks.

Back in Patong, Bangla Road is the place in Phuket to head for nightlife – though the party doesn’t really kick off until morning. You’ll find countless bars and clubs located along the vibrant thoroughfare with most catering to a specific niche market. Don’t limit yourself just to Bangla Road, though, because Patong’s backstreets and sois are packed with a range of quirky clubs and bars.

Phuket accommodation tends to sell out quickly during the high season (January through March), so it's best to book well in advance if you want to get the best deal. As to be expected, Patong offers a wide range of accommodation, from cheap hostels to upmarket hotels. The beaches at Karon and Kata are both quieter than Patong and affordable resort-style accommodation is plentiful.

Some of the best deals on Phuket hotels can be found away from the tourist hotspots though with a number of resorts dotted around picturesque Chalong Bay. If you're architecturally-inclined, consider staying in often overlooked Phuket Town, where you'll find the island's best examples of Sino-Portuguese architecture as well as some mouth-watering local food.

Retreat to a luxurious spa at…

Phuket shopping entails a mix of popular markets and established shopping centres. Traditional wooden puppets are popular souvenirs at the OTOP Market in Patong, while Thai silk is available at Central Festival Phuket in Phuket City and at Patong's sprawling Jungceylon shopping centre.

Look out for 'batik' – a traditional Thai cloth typically used to make bright sarongs and bags if you're after an authentic Thai souvenir to bring home. The colourful fabric is readily available in the textile shops dotted around Patong, Phuket Town and the southern seaside village of Rawai.

For something one of a kind, try your luck at the local-frequented Phuket Weekend Market, located just outside Phuket Town, or more laid-back Phuket Indy Market, held Thursday and Friday nights in Phuket Town.

Don’t miss picking up some...

Given that Phuket weather is so inviting, it's tempting to spend most of your time relaxing on the beach. If you do want to scratch beneath the surface, however, don’t miss a visit to Phuket Town. A glimpse into what Phuket was like before the t-shirt vendors and girly bars came along, Phuket Town buzzes with non-touristy markets, local frequented restaurants and copious amounts of Sino-Portuguese architecture.

To learn about the city’s history, pay a visit to the Phuket Thaihau Museum or walk the streets of Old Town, then take your time shopping for a memento at the Amulet Market, or having a quirky adventure at Baan Teelanka   – an up-side down house that was designed by a Swiss-Thai couple. 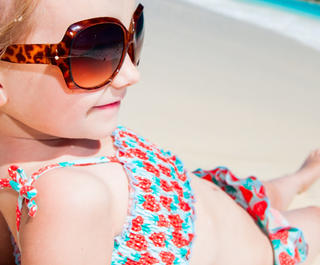 We all have a different idea about what the perfect family holiday should look like. For some it’s the perfectly well behaved children playing on the beach while mom and dad sip cocktails with colourful umbrellas. For others it’s getting dirty together, and experiencing new cultures and tastes. Whatever your perfect family holiday looks like, we’re sure it includes making memories that you can talk and laugh about for years to come. more >
Phuket family holiday Flight Centre 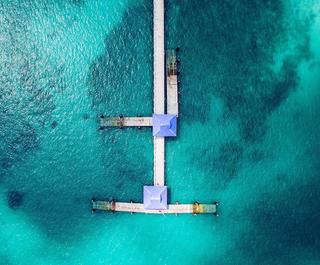 Flight Centre’s 8-night Island Hopping Journey of Thailand is perfect for the adventurous traveller looking to dive deep into the cultural exploration Thailand offers, all the while showing off the incredible sights of it’s incredible islands.The beauty of southeast Asia has been written about time and again, but the beauty of the Thai islands has never been so perfectly captured than through the eyes of South African photographers Roy Potterill and Jimmy Reynolds…Phuket on two wheelsEasily the more >
Phuket
15 of the best last minute December holiday destinations »
10 holiday ideas for December »
See more travel experiences from our Blog »

Other Destinations in Thailand