Morocco is an exotic destination, conjuring up images of desert sheiks, date palm oases, wild camel rides and belly dancing. While such stereotypes have some truth to them, there is much more to this North African country than mere cliches.

Situated on the Atlantic coast bordering Spain across the Strait of Gibraltar, wirh Algeria to the south and the Mediterranean Sea to the east, Morocco is a fascinating melting pot of Berber, African, Moorish, European and Arabic cultures.

Famous for its hospitality, Morocco is liberal by African standards and welcomes hordes of writers, artists, and those seeking an alternative lifestyle and enlightenment in an ancient land.

With its hypnotic Saharan desert landscapes, the snowy peaks of the Atlas Mountains, bustling souks, steamy bathhouses and labyrinthine medinas, this mysterious nation offers an unforgettable experience for which no Morocco travel guide can really prepare you. That's especially the case when you're dealing with real-life snake-charmers!

Have an exotic adventure

Although the country's capital is Rabat, several other cities are more popular with tourists, including Marrakesh and the remnants of its imperial glory, the coastal town of Tangier, and Casablanca – the primary port and largest city, where your flights to Morocco are likely to arrive.

Far from the days when it was known primarily as a safe haven for pirates, contemporary Casablanca is the country's modern cultural centre, boasting art galleries, French Art Deco architecture and a trendy, cosmopolitan vibe.

If you're into exotic adventures you're likely to enjoy getting lost in Morocco's famous medinas – or old city quarters – which resemble a walled maze full of narrow alleyways, hidden courtyards, riads, palaces and mosques.

The most famous are the World Heritage listed Djemaa el-Fna in Marrakesh and the 13th Century medina in Fès, which is considered the world's largest and best preserved medieval Islamic city.

Make your own spice route

The legendary local spice markets have sparked a trend of Morocco holidays focused on cooking. Amateur chefs from all over the globe are attracted to Morocco to learn the secrets of the aromatic and sophisticated local cuisine.

While embarking on one of your Morocco tours, make sure to also stop at a cafe and enjoy a chat with the locals over mint tea, poured into glasses from a dizzying height. You can also simply watch the world pass by and perhaps indulge in a plate of tajine, a bocadillo, or delicious coconut fudge cake while you're at it.

Morocco, a feast for all senses. » 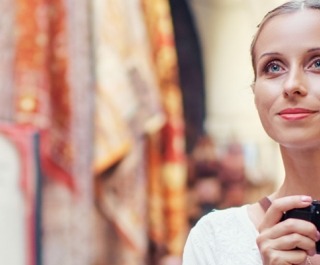 As a travel destination, Morocco is often overlooked when it comes to foreign countries to visit. Which makes it all the more reason that you should add it to your travel bucket list! It is blessed with a great all year round climate - the best months for visiting being March, April and May. The country has such a rich history and such divergent cultures and lifestyles that can rarely be enjoyed anywhere else in the world today. more >
Morocco Wind surfing Water sports Camel Safari

When it comes to ancient culture, bustling cities and spectacular landscapes, you get a whole lot more than you bargained for in amazing Morocco. Haggle your way to a budget-friendly holiday on your must-do trip to Morocco.History and cultureLook up ‘diversity’ in the dictionary and don’t be surprised to find a description of Morocco. more >
Morocco budget Youth & Adventure
Magical Morocco By Night »
Top 12 budget friendly holiday destinations »
See more travel experiences from our Blog »