Constitution Hill is the place to go to see South Africa’s unjust past transition into a democratic freedom – it’s both the site of the Old Fort Prison Complex and the seat of the Constitutional Court of South Africa. The National Heritage site has witnessed some of the most turbulent times in South Africa’s history.

A quote from Nelson Mandela’s ‘A Long Walk To Freedom’ greets visitors as they enter the Old Fort Prison Complex: “No one truly knows a nation until one has been inside its jails.” It’s a succinct introduction to the prison exhibitions that peer back into South Africa’s history.

The elegant Constitutional Court, the highest court in the land on constitutional matters, stands alongside the prison complex in a proud testament to South Africa’s transition to democracy. Visitors can watch 11 justices deliberate the finer points of South Africa’s constitution in a real court case, or browse through the largest human rights museum in the South Hemisphere. The Court also hosts a stunning art gallery in the Atrium, housing over 200 contemporary works illustrating stories from South Africa’s past and present.

Constitution Hill is located in the Western suburb of Hillbrow, providing a spectacular view over Johannesburg. A five-minute walk (unfortunately straight up a hill) from Johannesburg train station will bring you to this important historical landmark, a symbol of both overcoming injustice and heading towards a brighter future. 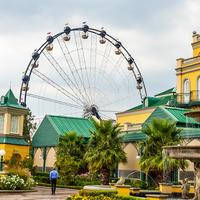 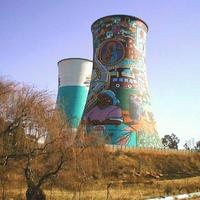 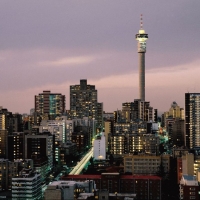