Welcome to Russia’s city with the most. Home to the most billionaires in the world, the most people in Russia and the most expensive cup of coffee you’re likely to find anywhere, Moscow is no longer the city you know from Hollywood Cold War movies. Now a glitzy, cosmopolitan metropolis, modern Moscow’s attractions stretch way past the Red Square and the Kremlin. With majestic theatres, designer shops, distinct cuisine and a fast-paced nightlife, constantly changing Moscow is a city that radiates life in every direction.

Moscow’s attractions range from the Muscovy of old, to retro-chic Soviet-era monuments and now to modern Moscow and all of its excesses. These days the Kremlin is still the geographic and cultural heart of the city, with many of its main attractions, including the Red Square and Iberian Gate located close by.  The city is surprisingly easy to explore on foot. Magnificent St Basil’s Cathedral is within a few blocks and so too is GUM, the State Department Store in Soviet times. Pushkin Museum of Fine Arts and Tretakov Gallery are not to be missed by art lovers and make sure catch a glimpse of the iconic VDNKh station to get an idea about what Soviet Russia was like.

These days Russia is undergoing a wining and dining revolution. While in the past many of its cultural leaders were found in literature, these days food is where some of the most creative things are happening. Beetroot ice-cream, anyone? If so try the recently re-opened Shinok. For the adventurous, hard to find Delicatessen provides a modern update to Russian traditions with seasonal dishes including caramel oxtail pudding and pan-fried calves’ brains with egg yolk. Chicago Prime provides something for more conservative palettes, with burgers and American fare, while the Volkonsky chain of cafes combine the best of French and Russian baking at a reasonable price.

Though still notorious for high hotel prices, things have taken a backwards price step in Moscow recently with an increasing number of budget and mid-range hotels opening. The Metropol Hotel, National Hotel, and Savoy Hotel are all well priced luxury hotels close to the centre of town. The five-star neoclassical Hotel Baltschug Kempinski may be hard to beat but at up to $700 a night, the price definitely is. If your budget is strict, Hotel Sputnik, Maxima Slavia Hotel and Hotel Globus all have rooms for prices you won’t lose sleep over. Remember to book ahead in Moscow.

A tourist attraction in its own right is GUM, a stunning 19th century shopping mall with a long Soviet history. There you’ll find many high-end boutiques and the interesting Gastronom No. 1, a gourmet supermarket fitted out in true Soviet Union style, with security guards dressed in vintage suits. Tsvetnoy Central Market is home to Moscow’s up and coming fashion designers while much better priced items can be found at Izmaylovo Market, which is a great place to stock up on Russian souvenirs such as dolls, fur hats, amber and Soviet paraphernalia.

Getting around Moscow like a local is easy. Pretty much any car in Moscow can be a taxi for the right price, simply stick your arm out on the street and watch the cars line up. Many unofficial taxis known as ‘gypsy cabs’ cruise the streets looking for customers but they’ll quite literally try and take you for a ride if your haggling skills aren’t well versed. The easily recognisable official taxis charge about the same so if bargaining isn’t for you, Moscow’s extensive metro network is a very cheap way to get around and much of the station architecture is so beautiful it’s a tourist attraction itself.

No more Visas to Russia for SA, YAY! » 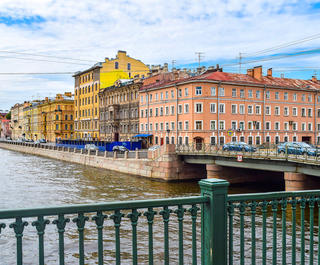 Other Destinations in Europe