Everything that you’ve heard is great about Japan can be found in this mountainous, northern city. From traditional Japanese beer to famous ramen and powdery snow atop huge, stunning ski slopes, get the most out of Japan by visiting beautiful Sapporo.

Japan is renowned for its skiing and Sapporo has plenty to offer. There are several ski resorts in the city but the largest and most popular is the Sapporo Teine resort. This winter wonderland has trails suitable for beginners to advanced skiers, including two runs used for ski events in the 1972 Sapporo Winter Olympics. There is also a park area where visitors can enjoy sledding and tubing.

If you’re travelling to Sapporo at the start of February, you’ll be in town for the popular Sapporo Snow Festival. The huge event attracts millions of visitors each year who come to admire its famous snow scene and ice sculptures.

Sapporo is the capital of Hokkaido, which is the birthplace of beer in Japan. Sapporo also lends its name to one of the oldest and most distinguished Japanese beer brands. The Sapporo Beer Museum is a great site to visit to learn about Japan’s beer history and to enjoy a few tastings at the beer garden next door.

The Ghengis Khan beer hall offers all-you-can-drink beer and all-you-can-eat mutton BBQ, a popular local dish called jingisukan. One of the best ways to experience Sapporo’s fresh local produce is to visit the Curb Market, which specialises in Hokkaido seafood such as crab and squid. You can taste the local offerings at one of the many stores in the several blocks that make up the market.

There is also the Nijo market, which takes up an entire city block in central Sapporo. You’ll find local specials such as salmon roe and sea urchin served on a bed of rice as well as small bars and restaurants along a passage called the Noren Yokocho. Ramen is a staple in Sapporo and the best can be found in a narrow lane in Susukino known as the Ramen Yokocho.

If you have a sweet tooth, you must visit the Shiroi Koibito theme park, created by a local chocolate company. One of the most famous souvenirs from Hokkaido is the Shiroi Koibito cookie, made with two thin cookies and sealed together with a layer of white chocolate.

It is best to stay in the city centre to avoid transport costs and get plenty of exercise by exploring most of Sapporo on foot. Well-known hotels in the area include the Mercure Hotel Sapporo, The Keio Plaza Sapporo and the Sapporo Grand Hotel. Ibis Styles Sapporo is one of the newer hotels, and just a train stop away from the Susukino area.

Sapporo Factory is a five-storey shopping and entertainment complex in central Sapporo. There are roughly 160 stores including clothing and souvenir shops. Sapporo Factory is built on the former site of Japan’s first brewery, creating a charming, diverse shopping experience.

There is even a functioning brewery in the complex where you can sit and enjoy a drink after a day of retail therapy. Want to take your shopping fixation underground? Sapporo has two underground shopping malls – Aurora Town and Pole Town – always bustling with shoppers enjoying the wide variety of shops and food stalls.

Though Sapporo is a winter lover’s paradise for up to five months of the year, the city also experiences a terrific summer. The temperature can reach 30 degrees and it is comfortable and dry rather than humid like other parts of Japan.

5 Cities you NEED to explore while you're visiting Japan » 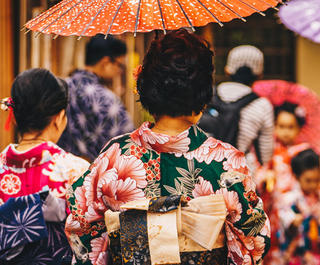 With its beguiling mix of the traditional and ultra-modern, Japan is a nation of contrasts and ever-changing surprises. From the futuristic neon cityscapes of Tokyo and Osaka to the teahouses and traditions of Kyoto and Takayama, there's something new to discover everywhere you go. TokyoTokyo truly has got it all – centuries-old shrines, traditional teahouses, incredible cuisine, world-class shopping, futuristic skyscrapers and more. more >
Japan Top Cities bucket list

Elegant geishas, super-futuristic cities, weird robots, snow-capped mountains, ancient temples, spiritual awakenings - phew! Japan has more awesomeness packed into one small island than you can shake a chopstick at (although that would be considered very bad table manners anyway). So where to start? Here’s a quick guide to get you going.1. Do all the thingsDo you want to go on a spiritual journey and discover your inner zen? more >
Destination Guide Japan Youth & Adventure
Hotspots to Visit on Your Asian Tour »
See more travel experiences from our Blog »

Other Destinations in Japan