Memories are waiting to be made in Vietnam

I’ve been to Vietnam a couple of times and would go back like a shot.

Why? What do I love about Vietnam? I can tell you about some of my most memorable moments and sights, but you must go for yourself and make your own memories.

I’ll share a couple of my favourites – a cyclo ride round Hanoi’s Old Quarter, and cruising on a traditional junk round Halong Bay, a UNESCO World Heritage Site – with you.

Hanoi, the capital of Vietnam, is a lovely city of broad boulevards, lakes and hundreds of pagodas and temples. But a cyclo ride plunges you into the city’s ancient heart, where life has gone on in the same way for centuries. 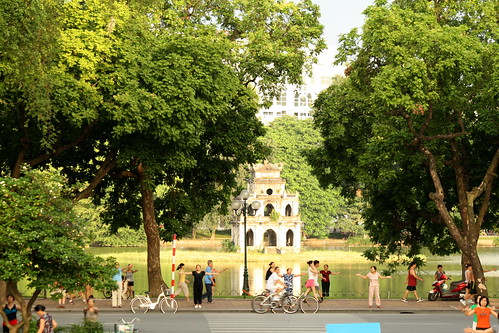 But first, what’s a cyclo? It’s a man-powered taxi; a rickshaw, where the driver doesn’t run along, but pedals as you sit up behind him in a rickety chair-like contraption. You may feel a bit guilty at first, especially if you’re on the heavy side, as the drivers look so thin and frail. But once he sets off, he’s like a trained, very fit racehorse and soon you’ll be whizzing along Coffin Street, Chicken Street, Basket Street, Silk Street and warrens of other little twisting streets all named for the trade that is carried on there. 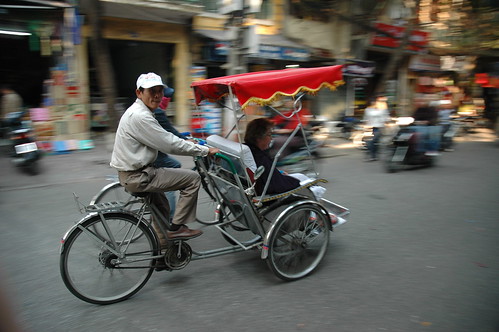 A cyclo on the move. Photo by Graeme Newcomb.

This is the best and most exhilarating way to get a feel of the old city, still carrying on in the same way as it has done for centuries; long before Hanoi’s Opera House and railway station (both must-see gorgeous French Colonial buildings) were even dreamt of. 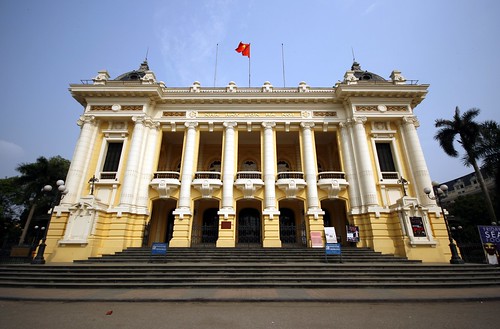 The streets are hives of activity: vendors and shopkeepers selling and buying; family groups sitting on small stools on the pavements having food; children playing; women washing clothes; old people smoking pipes or just dozing amidst all the furious hustle and bustle, often with a dog sleeping at their feet. 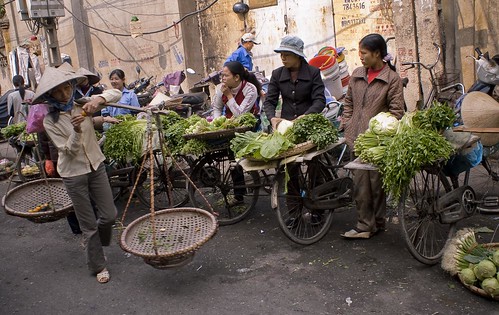 Market in the old town. Photo by Alex Gooi.

If you’re an adrenaline junkie, then ride pillion on a motorbike through Old Chinatown, and hold your nerve as your driver ducks and dives, twists and turns, and careers along through thousands of bicycles, motor bikes, cars, cyclo taxis and pedestrians.

Halong Bay, probably the best known and most beautiful of all Vietnam’s scenic areas, is a must on any visitor’s itinerary. When you arrive at the wharves where traditional junks of all shapes and sizes are jostling and gently bumping into each other, you’ll be assailed by a maelstrom of activity and noise as touts ply for custom, vendors hawk wares, and backpackers throng looking for the best deal. 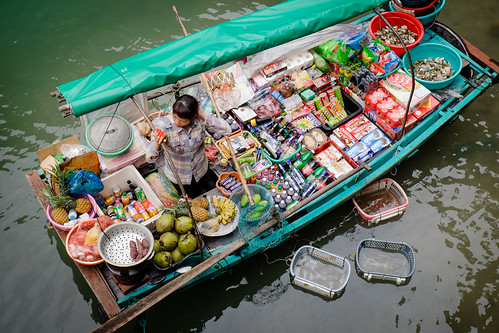 But as soon as you board your chosen junk (your luggage whisked away by helpful friendly crew) you sail off into a splendid serenity – literally far from the madding crowd – and into a mysterious waterscape where tiny waves slap against the wooden sides of the junk, a heron stands poised on a rock, and strange shapes of mountains appear through the early morning mist. It’s like being in the middle of an ancient Asian engraving.

Spend a couple of days and nights drifting round an emerald sea where more than 3 000 islands with mysterious grottos, tiny caves and enticing little beaches are waiting to be explored. 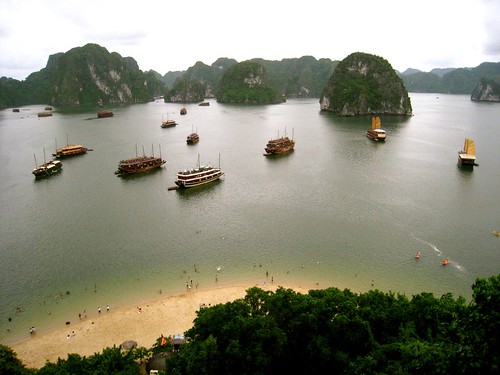 So much to explore. Photo by Kyle Taylor.

Don’t miss a trip on a small boat through a huge underground cave complex, where still pools reflect ancient stalagmites and stalactites, bats whisper and drops of water fall slowly and silently from the vaulted roofs on to the rocks below. 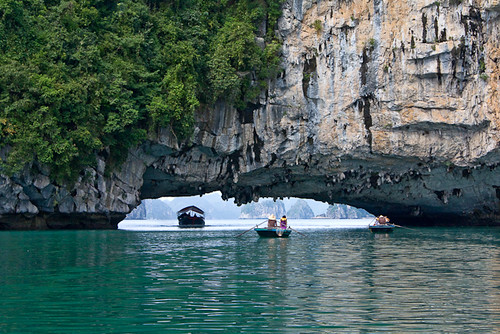 Halong Bay is detox for the mind and soul. 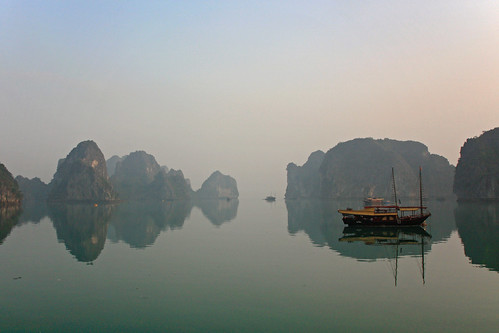 A sunset to remember. Photo by ccdoh1.