Italy’s third most populated city is perhaps its most charming. History may know Naples, or Napoli as the locals call it, for the dark days of the Mafia and Vesuvius’ volcanic eruptions, but modern Naples offers a much different proposition. Home to monumental piazzas and a palace, Naples is also where you’ll find the country’s best pizza. Unfortunately the city’s reputation for crime and rubbish means that Naples doesn’t attract as many tourists as elsewhere in Italy but fortunately that means the city is refreshingly devoid of the tourist gloss you’ll find elsewhere in Italy.

Having earned UNESCO World Heritage Site listing and being home to some 448 historical monuments makes Naples’s historical centre one of the biggest in the world. Catch a glimpse of the Royal Palace of Naples, one of the four residencies near Naples used by the Bourban Kings during their rule, then Museo Archeologico Nazionale, home to an impressive Farnese collection. Capella Sansevero is another leading attraction and holds many 18th Century works of art, but Naples’ leading attractions lie just outside town at the ancient sights of Herculaneum, Pompeii and Vesuvius, which are all easy day-trips from town.

Neapolitan cuisine is rich in history and flavour, none more coloured than that of the city’s most famous export, pizza. While every resident has their favourite pizzeria, legendary Da Michele is definitely one of the best, and is famed for serving only margherita and marinara flavours. The crowds at L’Europe dei Mattozi, Pizzeria La Notizia, Pizzeria Brandi and Pizzeria Gino Sorbillo all attest to their quality but really if there’s anywhere in the world where you won’t get a bad pizza it’s Naples. After filling up on carbohydrates, you’ll feel a lot lighter if you dance the night away. You can take your pick from one of the many bars or nightclubs at both the Centro Storico and Chiaia districts.

With a high concentration of attractions, Naples’ centro storico (historic centre) makes a convenient spot to sleep and options are available across all price and comfort ranges. Piazza Garibadli is another popular location to catch some winks and is where you’ll find some of Naples’ cheapest rooms. Naples’ best accommodation options include the ultra-modern Romeo Hotel, which has views over the bay of Naples and Vesuvious, and the more classic Hotel Palazzo Decumani, which is located in a 20th-century palazzo. Hotel Piazza Bellini and Hotel Cimarosa are more affordable but equally comfortable places to catch some slumber.

Like elsewhere in Italy, Naples is a great place to deck yourself out in the latest Italian designer clothes. Via Toledo and Via Chiaia are the leading places for Italian fashion brands including Valentino, Versace, Prada and Naples’ very own Salvatore Ferragamo. Add to your shopping destination list Galleria Umberto, which is worth a visit alone for its stunning architecture. Those that take their shopping seriously should also head to the La Reggia Design Outlet and trawl for a bargain (and probably a new bag to fit all of your new purchases in).

There are some strict traditions you’ll need to abide by to live like a local in Naples. Firstly no cappuccinos after 10am, secondly grated cheese never goes on top of seafood, and perhaps most importantly is to support local football side, Napoli. Though the team reached their pinnacle in 1987 when Diego Maradona was their star player, a visit to the San Paolo Stadium is still an essential part of the local experience. Tickets to matches are available online, at the ground and from the club’s outlets in town. 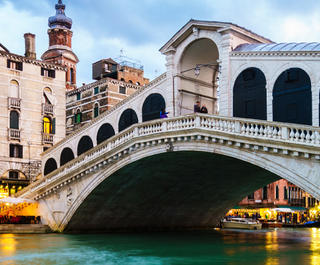