Need help planning your flights? Contact one of our experts to Get a Quote.

Choose Flight Centre for a cheap flight to New York, in the US. Benefit from our 24-hour expert service and most extensive selection. New York is home to an iconic statue representing liberty, hope and freedom guides visitors direct to the 'Big Apple'. Explore our flight deals with Emirates, Qatar Airways, Turkish Airlines, British Airways Air France, Lufthansa, Delta Airlines, KLM or United Airlines today. Browse our other international flight deals including flights to Los Angeles, flights to Miami, flights to Washington,  and other cheap flights.

Choose from our range of New York holiday packages that include your flights, accommodation, and often special bonuses like tours and free upgrades. If you can't find the package you're looking for, contact one of our friendly consultants on 0877 40 50 00 and don't forget to ask about customising a package to suit your needs.

Sinatra sang that he wanted to be a part of it and New York indeed offers many iconic sights that enable you to get amongst it. Take the ferry across to the Statue of Liberty, enjoy the Empire State Building's views or appreciate the Chrysler Building's architecture. Wander down Wall Street for the New York Stock Exchange or head across to the United Nations Headquarters. You can see it all on a guided New York tour. The popular holiday activities in New York include Broadway, hop on hop off bus, Rockefeller Centre tour, Coney Island where you can enjoy the theme park, Cruise on the Hudson River, Central Park Zoo. and Woodbury shopping. 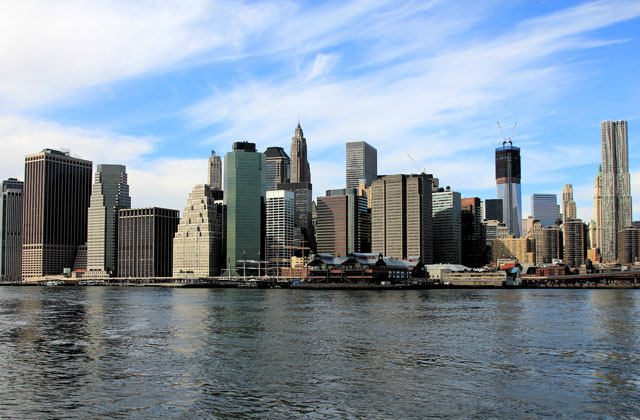 In the middle of the pulsating city is Central Park, an oasis offering glorious parklands to explore. Alternatively, take the Staten Island ferry for striking views of Manhattan or stroll across the Brooklyn Bridge, which was the longest suspension bridge in the world when it opened in 1883.

Times Square is the heart of the theatre district, with dozens of theatres offering big-name stars performing in classic and contemporary plays and musicals. The Radio City Music Hall, within the Rockefeller Plaza, is also fantastic for world-class events. Also, consider enjoying opera at the Metropolitan Opera or a concert at Carnegie Hall. 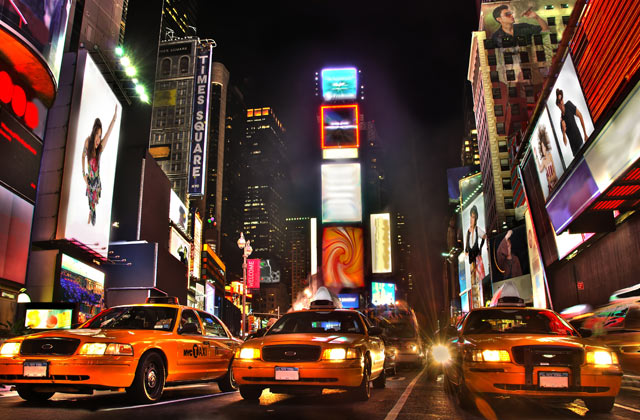 New York has a great range of accommodation options from Manhattan to Queens, including iconic New York accommodation such as The Roosevelt, The Chelsea and the St Regis Hotel. The city also boasts many museums including the inspirational Metropolitan Museum of Art, the Guggenheim Museum and the Museum of Modern Art. Pay your respects at the site where the World Trade Center's twin towers once stood, the place now known as Ground Zero.

What is the difference between New York and New York City?

New York is the state's name, and New York City is the city within the state. Manhattan is where everyone wants to be to see all the sites. New York City consists of 5 Boroughs, Bronx, Brooklyn, Queens, Staten Island, and Manhattan.

How long is the flight from South Africa to New York, United States?

Direct flights (not currently available) are about 17 hours long. Indirect flights via Europe are more prolonged, around 24 hours depending on your stopover.

Which day of the week is cheapest to fly to New York?

Due to the COVID-19 pandemic, people are generally not booking flights in advance anymore. Because of this, flight prices are relatively consistent, varying only by a couple of hundred over a week, with no clear winning day for the best price (Based on prices from March onwards).

Which month is the cheapest to fly to New York?

New York offers something year-round, so booking in advance is the best way to get a reasonable price. December/January (New Years), June/July (Summer) and March/April (Spring Break) are probably the more popular times to also more likely to be more expensive. March was offering some cheap prices from Johannesburg, indirect.

What time of day is cheapest to fly to New York?

Overnight, direct flights are very popular and will be more expensive. Flights departing during the day, or with a more extended stopover will usually offer a better price.

Once they start flying again, SAA, but otherwise also United Airlines is offering a flight from May/June 2021.

When are the flights to New York from Johannesburg?

Daily flights are currently still scheduled on various airlines. However, travel restrictions must be taken into consideration for non-US citizens as well. Direct flights are available for booking on SAA from April but very expensive.

When are the flights to New York from Cape Town?

There are no direct flights currently, but daily indirect flights on various airlines like Ethiopian Airlines, Kenya Airways, Virgin Atlantic and British Airways (based on April 2021 availability).

When are the flights to New York from Durban?

There are no direct flights from Durban to New York currently, but daily indirect flights on various airlines like Turkish Airlines, Ethiopian Airlines, Virgin Atlantic and British Airways (based on April 2021 availability).

What should I know regarding COVID-19 pandemic and flights to New York?

The US government has signed an order suspending entry to most non-U.S. citizens who have previously been in South Africa, which will be effective as of midnight 30 January 2021.

Yes. For example, you get charged a services fee automatically on all bills in restaurants and tax.

New York's winters are cold, and summers are hot. The coldest month is usually January. The warmest month is often July.

How much money do I need for 1 week in New York?

You could need approximatley between R20000 - R30000 per person sharing depending on the time of travel for a trip to New York cost from South Africa.

What is the best time to go to New York?

The best time to travel to New York is between April to June or September to early November when the weather is warm and pleasant plus not too crowded.

For what is New York most famous?

What travel advice do you have for visiting New York?

Do stay for more than three nights in New York as there is much to do. The Hop-on-Hop-Off Bus is extremely popular and very easy to make use of in New York. Its a must to try out the $1 slices of pizza. Walking around exploring is good as you can pick up great specials on drinks and food or even souvenir shopping. Visit Brooklyn as its a fantastic place and so much different from Times Square or Manhattan.

Is it more expensive to go on holiday to New York more compared to London?

Both these destinations are on par with each other; however, it also depends on when you travel to either city. New York may be a bit more pricer verse London.

What do I need to bring to New York?
Bring a comfortable pair of shoes as its good to walk around and do your sightseeing for a few days. Also, depending on the season, in general, a light jacket should be on hand at least as it can be a bit chilly in the evenings.

How do you dress in New York?
For during the day exploring New York, casual is perfect. Nevertheless, if you plan on going out on the town or a fancy dinner or Broadway Show, then smart casual or formal is perfect.

Which part of New York is best for a holiday?
Midtown for your first time visit to New York. Upper East Side is ideal for luxury, shopping and museum lovers. Times Square is the tourist destination and entertainment center.