The mystery and intrigue of Egypt

Not many people get to go between the paws of the Sphinx and even fewer, I imagine, get to go through the little door at the back into a small dusty chamber. I felt a bit like Howard Carter discovering Tutankhamun’s burial chamber, except there was no treasure beneath the Sphinx. 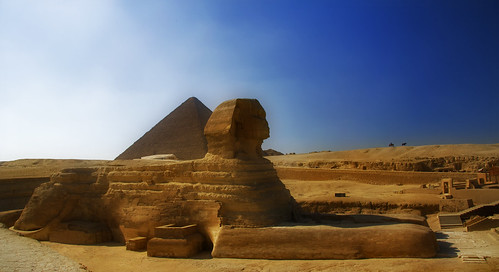 The Sphinx. Photo by Angelo Domini.

I was lucky enough on that visit to Egypt to have a friend who was a local Egyptologist – hence the journey through the paws. He also got me into the Egyptian Museum after hours when hardly anybody was about. I went into the Royal Mummy Room with a small group of friends, one of whom got very freaked out by all the lifelike mummies. (Imagine a Behind the Scenes at the Museum sort of atmosphere.) She recovered sufficiently, however, to ooh and aah over the gorgeous displays in the Ancient Egyptian Jewellery Room. 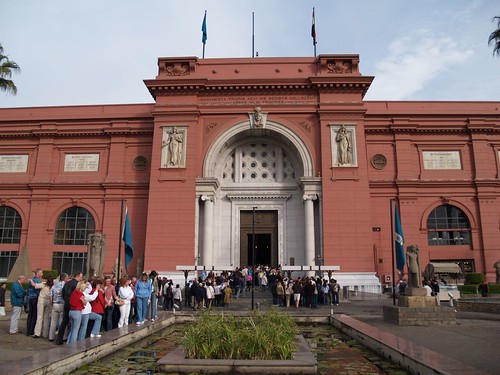 The Pyramids of Giza are still one of the Wonders of the World. Be prepared for the hundreds of ubiquitous touts and vendors who are as permanent a fixture as the pyramids themselves. Even Mark Twain, as long ago as 1866, wrote that tourists “have suffered torture that no pen can describe from the hungry appeals for baksheesh that gleamed from Arab eyes…”

But, hey, we’re from South Africa and have lots of experience dealing with vendors, touts and beggars.

To see these enormous monuments built in the belief of an eternal life will still thrill and chill you. If you’re not claustrophobic, it’s worth going inside the Great Pyramid of Cheops and climbing along the low narrow passages to the central burial chamber that seems so small and insignificant compared to the scope and size of the whole structure. 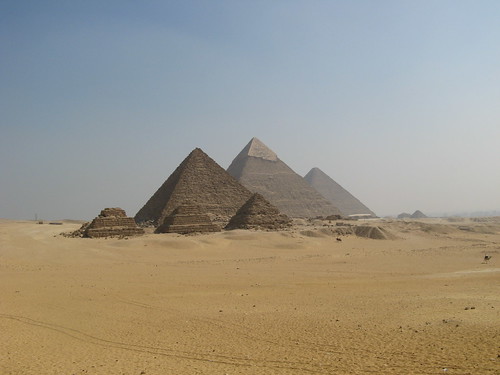 My favourite part of any visit to Egypt is the cruise along the Nile. You’ll drift through scenes that seem to come straight out of the Bible – dhows sailing lazily by, fishermen casting nets, palm trees swaying in the slight river breeze, women doing washing on the banks, here and there a small oasis dotting the stretching sands. 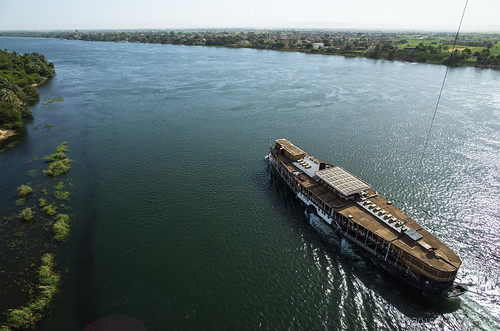 I remember on my first visit, waking up early one sunny morning and there, right beside the boat, was an ancient temple in all its glory. With our guide, we walked off the boat and back centuries in time into the maze of steps, chambers and corridors. 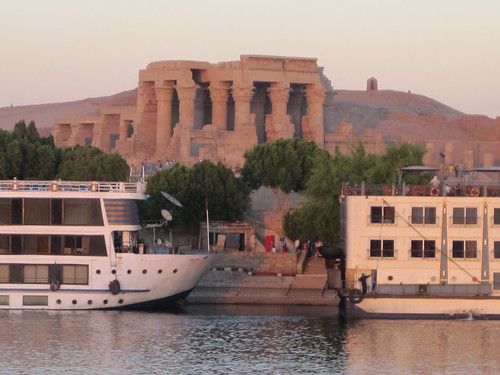 Kom Ombo temple from the Nile. Photo by Thulborn-Chapman Photography.

Karnak Temple, in Luxor, is also unforgettable. It’s a truly awesome complex of ancient pylons, small rooms, towering pillars, stone pavements, obelisks and sanctuaries all dedicated to ancient gods and goddesses. The temple is so huge that about 10 cathedrals could fit into the space.

Try to catch the Sound and Light show if you can. It’s a thrilling experience. As darkness falls, lasers flash and vanish, and the voices of famous actors tell gripping stories of battles, power struggles, love and loss.

I shall also never forget my first visit to Abu Simbel, the rock-cut temple that towers over the west bank of the Nile. Six huge (and I mean really huge – 10m-high) statues guard the entrance to the Temple of Hathor. Inside, you’ll discover lovely frescoes (that look as if they were painted just yesterday) of the goddess and her boat.

There’s much, much more I could tell you about Egypt – the Valley of the Kings, the Western Oases, Alexandria, El Alamein, the Red Sea and Sharm el-Sheikh (a diving and snorkelling paradise), the souks, markets and food.

But all those will have to wait for another time, or until you visit Egypt and discover them yourself.

Africa
Big on Beer? Your Guide to Sampling the Best Brews in Gauteng
Africa
Top 6 tips for travelling responsibly in Africa
Africa
#Dare2Dream: 6 Weekend Getaways in South Africa
Africa
3 reasons why you’ll fall in love with SA travel
Africa
4 Ways to Hack the School Holidays in Zanzibar and Mauritius
Africa
Would you rather...? Couples Edition
Africa
The hottest local events in 2020!
Africa
Top 6 amazing restaurants to get your vegan fix in SA