The Great Wall of China

Countless myths surround the Great Wall of China. It has been called the largest man-man structure in the world, is supposed to be visible from space and has gained a reputation for repelling hordes of nomadic invaders. None of which is true – particularly if you judge the latter by the scores of foreign tourists who visit each day – but don't let that dissuade you from seeing the real Great Wall of China on your holiday in this ancient land.

The Great Wall of China is not one continuous structure, but several. Scores of wall-like fortifications dot the Chinese landscape, many of which are well-preserved just north of the capital Beijing. It is here at the Badaling and Juyongguan sections of the wall that crowds of eager tourists clamour to catch a glimpse of the wall, though many of these sections are actually reconstructions of what the wall would have looked like thousands of years ago. Pack a backpack, stay hydrated and put your game face on because if you head to the wall on the weekend or during holidays, you're going to encounter crowds.

There was a time when train travel in China was not for the faint-hearted, as luggage-laden villagers jostled with intrepid tourists for a cramped seat on a rickety relic of the country's socialist past. These days the nation's rapidly modernising network makes for a far more pleasant journey and a novel way to view the Great Wall is from the comfort of one of Beijing's express S-Line trains. Departing from the historic Beijing North Railway Station, it takes sleek S-Line services just over an hour to leave Beijing's sprawl behind and arrive at the popular Badaling entrance to the wall. Most importantly, the wall is visible throughout the journey, making the S-Line one of the most comfortable ways to view this ancient marvel.

Beijing's proximity to several important sections of the wall mean many visitors see only a glimpse of this 6,000-kilometre behemoth. However, many of the most scenic sections are well outside the capital, including the famous Shanhai Pass in the eastern port city of Qinhuangdao. The most striking aspect of this section of the wall is that it plunges directly into the gulf of the Bohai Sea, making it possible to splash your toes on the beach within a stone's throw of the wall. The truly adventurous could even take a plunge, though any waterborne photography might be slightly sullied by the fact the Bohai Sea is one of China's most polluted bodies of water. 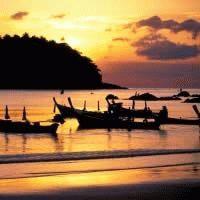 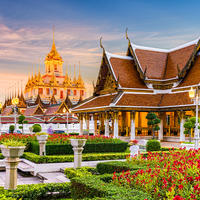 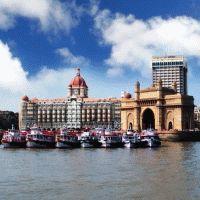