There’s no place on earth like Kruger National Park

I’m lucky enough to live in a country that is home to one of the world’s greatest game parks – the iconic Kruger National Park.

The oldest and largest of all of South Africa’s 19 national parks, it covers an area the size of Wales or Israel, and is home to hundreds of thousands of animals, as well as 457 tree species, more than 500 bird species, 116 reptile species and 34 amphibians. 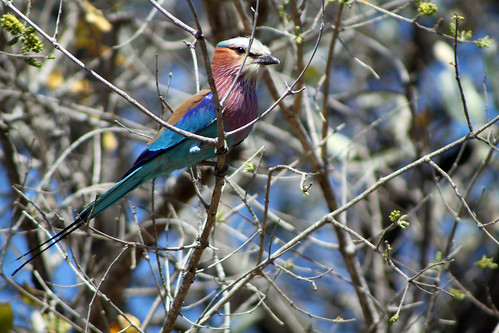 I’ve been visiting with family and friends for well over half a century, and the sense of awe and wonder when you find your “first” elephant, or “first” rhino, or even your “first” herd of impala (and there are more than 100 000 impala in the park) is a life-changing experience you’ll never forget. 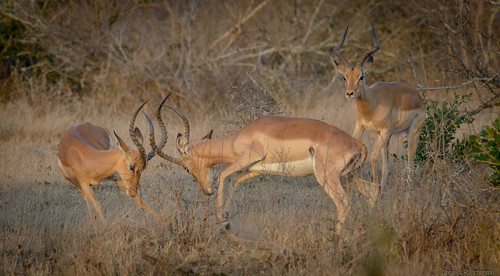 A herd of male impalas. Photo by Charles (Chuck) Peterson.

A “first” for me was still one of my most brilliant leopard sightings ever. It was one hot winter day at noon. We’d been out all morning, the children were now scratchy and whiny, the adults tired and irritable.

We were heading back to Shingwedzi camp from Mopani along the bush road. Not another vehicle was in sight – old bush hands had told us to go game spotting early morning or late afternoon – and we seemed to be the only ones who hadn’t heeded this advice, because the roads were empty.

Suddenly, a huge male leopard crossed the road in front of us. We gently eased to a halt. He lay down in the shade of a mopani tree and dozed for a few moments, before ambling along the road until he came to a small stream. He clambered over some flat rocks, had a long drink, washed his whiskers, and then came back to lie in the shade of our combi, before dozing off again. We were transfixed.

Leopards are a rare sighting. Photo by Diriye Amey.

Last year, I drove out early one morning from Skukuza with one of my daughters and her 7- and 8-year-old children. Skukuza is a busy camp with great game in the vicinity, but we found ourselves on a deserted bush road not far from camp. The dew was glittering on the giant cobwebs festooning the trees, and the dawn chorus was in full throat. 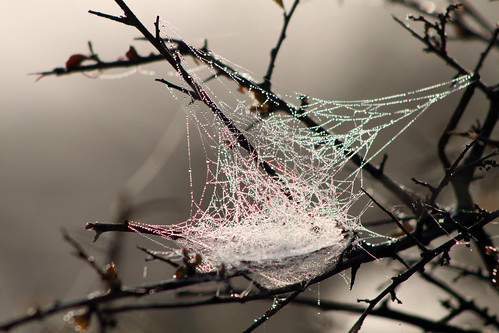 All of a sudden, we saw two adult cheetahs hunting (not in a very determined fashion) along the side of the road. We stayed with them for an hour before leaving them as they now snoozed in the long grass just off the road. So perfectly did they blend with the tawny grass that had we not known they were there, we would have driven past.

A cheetah, one of the fastest land mammals. Photo by Martijn Barendse.

My philosophy for Kruger is “You Never Know What’s Round the Next Corner”. And that’s the secret, eternal allure of the park. Keep your eyes open, wait patiently at water holes, drive slowly and stop to spot birds. It’s when you stop for a while that you’ll notice the game. 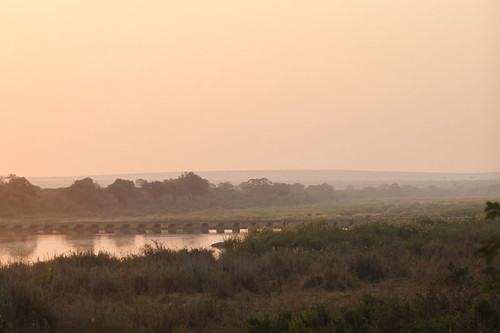 Another of my favourite memories was made in the far north on the way from Punda Maria to Pafuri (the best picnic site and bird-spotting area in the whole park). From a distance we noticed a whole bunch of vultures sitting in a huge tree by the road. We’re keen birders, so got more and more excited as our vehicle got nearer, to see that four different species of vulture – lappet-faced, white-backed, white-headed and hooded – were all sitting in the one tree. We opened all the windows even wider and sat tight, binoculars focused intensely above our heads. Grandpa, who was sitting in the back seat suddenly announced, “You do know that we’re sitting in the middle of a pride of lions?” 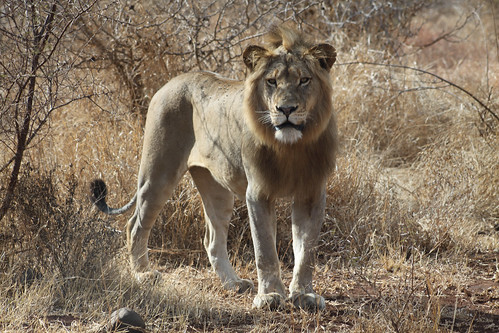 The pride had made a kill, dragged the buffalo carcass under the tree, and was dozing quietly with very full bellies in the midday shade. So intent were we on our vulture-spotting that none of the rest of the family had even noticed. 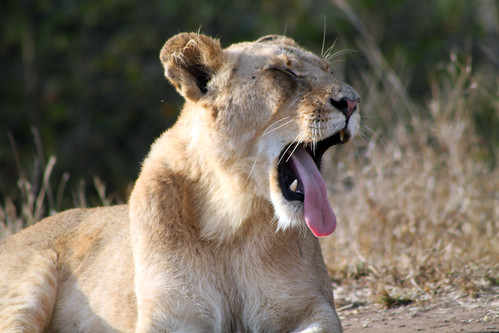 A lioness yawns. Photo by flowcomm.

Choose from more than 24 rest camps, and different kinds of accommodation to suit every pocket, from safari tents, DIY campsites or luxury lodges, to simple rondawels or secluded bush lodges.

Book your Kruger National Park holiday as early as possible and try to avoid school holiday times (although even when the park is full you’ll find plenty of places where you’re on your own) and be prepared for a great adventure. 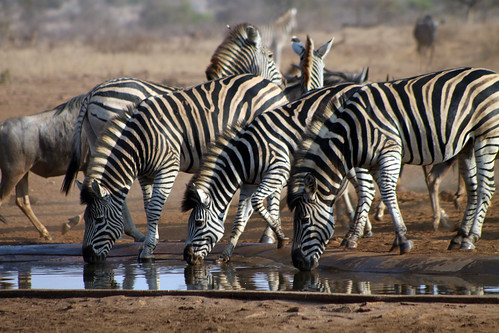