Central Park is one of the most famous parks in the world.  You may not be famous, but I’m sure the idea of setting foot on a park that the likes of John Cusak, Macauley Culkin, Billy Crystal and Meg Ryan made famous sounds pretty enticing!  To excite you even more, I’ve listed four Hollywood movies that made it big and had scenes shot in and around Central Park.
First up on the list

Who can forget “When Harry Met Sally”? Much of the famed love story between these two quintessential New Yorkers takes place in Central Park, and while you’re in New York be sure to visit Katz’s Deli where the infamous dining scene was filmed.

Home Alone 2 – the sequel to Home Alone 1 made it pretty big and yes, why not have Central Park as the backdrop.  Where exactly in the movie does Central Park make an appearance?  There’s actually more than one, the most memorable one is the one where Brenda Fricker exaggerates how fond she is of pigeons. 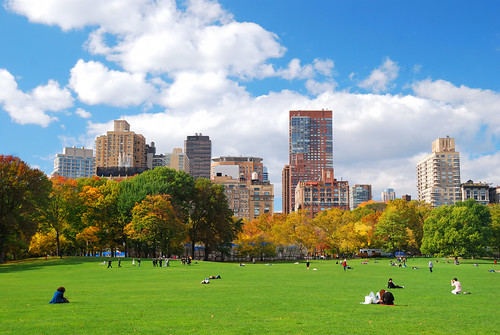 Next up on the list is:
Serendipity – here Central Park is depicted as a romantic venue, which it is.  Central Park makes its appearance in many scenes of the movie, one of them being where John Cusack & Kate Beckingsale are gliding around the Wollman Rink and look ever so in love.

The Muppets Take Manhattan – I’m taken aback by how Central Park is portrayed as such a happy & bright place in this movie, especially in the scene where Kermit & Miss Piggy relax and explore the park.

I know I’ve missed many Central Park movies, care to refresh my memory by adding more as comments?

Are you ready to jet off to Central Park to film the next block buster?

Write on our wall on Facebook.com/FlightCentreRSA