Cuba - destination with a difference

The brightly coloured vintage cars – from 1934 Fords to 1950s Chevies – tool along the pot-holed city roads in top gear. 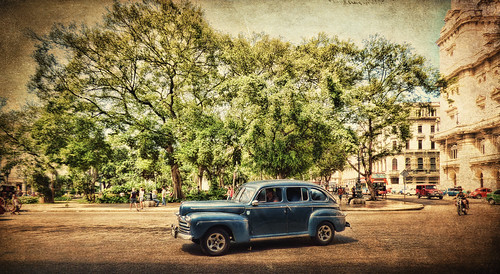 They roar past lumbering Russian trucks crowded with people on their way home from work – it’s illegal for a government truck to drive past local hitchhikers. Ancient horse-drawn carts – an essential part of the island’s transport system – clop along with their heavy load of after-work commuters. Oh-so beautiful girls in skimpy, skin-tight clothes – looking as if they’re shrink-wrapped – strut their stuff on the broken-down pavements. Macho cowboys with big-brimmed hats and flat bare stomachs trot their thin horses alongside the main arterial highway. 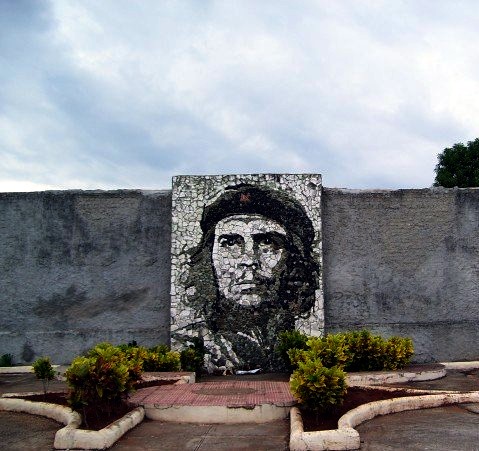 Mountains and tobacco fields, black buzzards with scarlet beaks and legs, continuously wheeling the blue skies, crumbling buildings and newly restored colonial mansions, confident people of every colour and hue. Old cinemas, shops with nothing to sell, ugly 1950s modernist architecture, Spanish cathedrals and dark doors leading into cool marble hallways. And everywhere – on streets, in houses, on the beach, in hotels, in cafes and bars – the island is alive with the sound of music: salsa, Afro-Cuban, Buena Vista Social Club, soulful Spanish ballads, cha-cha-cha.

This is Cuba – charming the senses, challenging the mind, fascinating, extraordinary, unique.

Cuba has a chequered past, moving from Spanish, French and English domination through mega pirate activities (Drake and Raleigh were here, along with Captain Kidd) and the Spanish-American War of 1898, to the 1959 Glorious Revolution which gave Cuba its first-ever taste of freedom and communist ideology.

Cuba then aligned itself with Soviet Russia, but when the Berlin Wall and communism fell at the end of the 1980s, the Russians pulled out, leaving Cuba on the brink of economic collapse. Although today it’s officially a socialist republic, ironically tourism is its most important industry – a far cry from the days of Russian missile bases and the huge nuclear power station that still dominates the skyline outside the port of Cienfuegos, on Cuba’s Caribbean coastline.

Havana itself, a UNESCO World Heritage Site and once the most important Caribbean outpost of Spain’s New World empire (Christopher Columbus landed here in 1492), is a city in violent transition. When you visit Habana Vieja, the historic heart of Cuba’s capital city, on the one hand you can feel part of Havana’s historic, romantic past; on the other, as if you’re in the middle of a gigantic building site. Crumbling old mansions of Spanish grandees and sugar barons (buildings fall down all the time in Havana) are now rabbit warrens of small apartments whose once-grand and glorious facades are festooned with washing. Alongside are newly restored buildings of breathtaking elegance and balance. 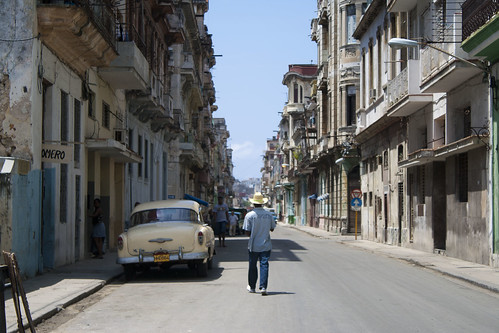 Trinidad, south-east of Havana, is another UNESCO World Heritage Site. It’s a tiny town with uneven cobbled streets leading up to its main square, which is paved with pink Spanish tiles, once used as ballast in the old sailing ships. Surrounding the miniscule square are wrought-iron railings brought from 17th century Philadelphia. The locals raised the money by raffling a gold doubloon. 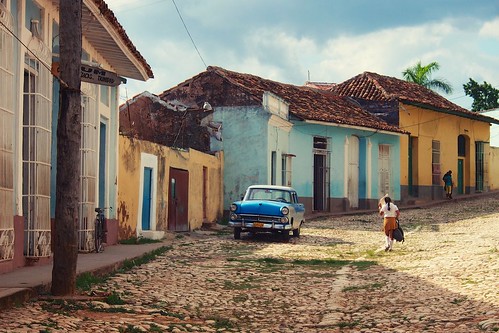 Yellow, honey-coloured, pink, brown and blue buildings surround the square that is dominated by the old Spanish cathedral – the richest church in Cuba because of its 12 hand-carved wooden altars. A woman dressed all in white, a member of the Afro-Cuban Santeria religion, offers me a “lucky” necklace of seeds and pods to ward off evil spirits. 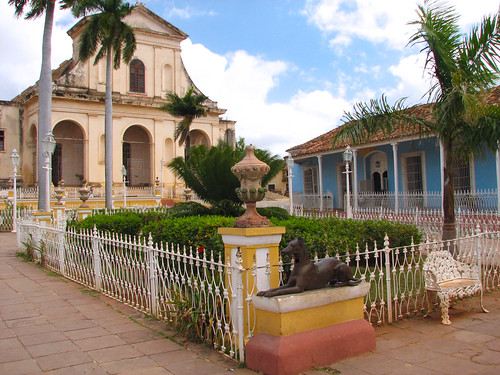 I visit Varadero, the main tourist beach resort 40km east of Havana. It’s beautiful but bland, designed for lower-end-of-the-market package tours from Europe. However, one highlight here was swimming with the dolphins.The dolphins chatter to me excitedly in their squeaky language, and give me several salty “kisses”. It’s a magic moment.

Another highlight is a visit to Ernest Hemingway’s house just outside Havana, where the Nobel Award-winning author lived for more than 20 years and where he wrote The Old Man and the Sea. It’s a gorgeous, cool Spanish colonial house overlooking the sea, preserved just as he left in 1960 – you feel as if he’ll be back at any moment. 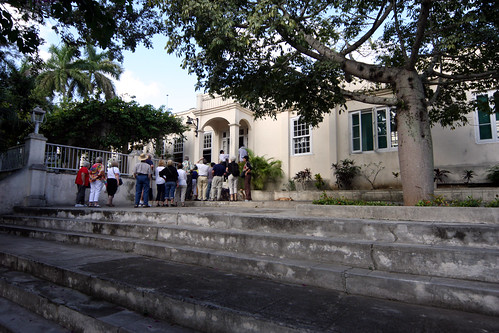 Cuba today is on the cusp. On the one hand, it’s an admirable socialist state with over 95% literacy for all its people, free medical care, free education, subsidised food and housing. OK, you have to queue up with your ration book to get your basic foodstuffs, and your transport (if you can find any) will probably be a very old truck, a hideously overcrowded mega-bus, a horse, a bicycle, a wagon, an old car or your own two feet.

But if your belly is full, the sun is shining, the rum is good and cheap, and there’s music to be made – well, it’s a good life in a way. 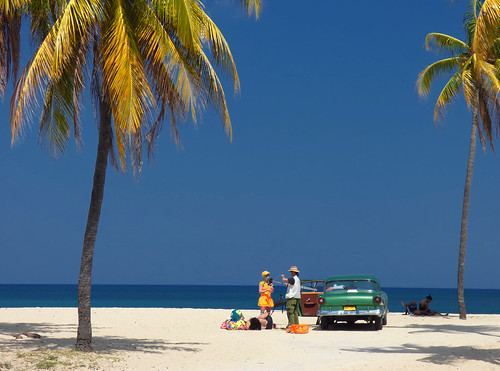 On the other hand, you can’t leave the island without permission, the stuff of intellectual stimulation is rare (few books, government TV channels), and its people have been cut off from the world for a long time. Being in Cuba is like being in a 1950s time warp.

But in the last couple of months America has reached out hands of friendship and things will quickly begin to change. So go to Cuba as soon as you can, before it becomes completely colonised by Coca-Cola, McDonalds and the American dollar.