Welcome to Buenos Aires, the capital and largest city in the festive country of Argentina. Here every day is a celebration and there is always a reason to get out of the house or hotel and make the best of your day. Here’s a look at some of the top things to do in Buenos Aires. 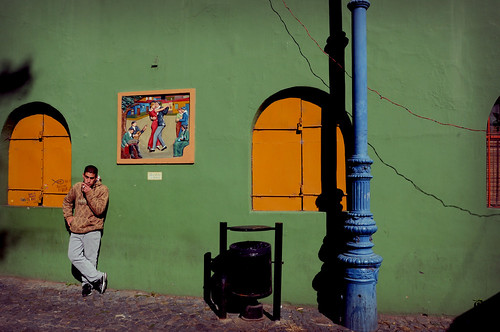 La Boca is a neighborhood, or barrio of the Argentine capital, Buenos Aires. Photo by Wiehahn Diederichs
1. La Boca La Boca is a neighbourhood in the South-Eastern part of Buenos Aires. It is known as the birthplace of Tango and is home to the Boca Juniors, the beloved football club of the great Diego Maradona. It is a hotspot among tourists, especially photographers, because of the colourful houses in Caminito Street. 2. Recoleta Recoleta is nestled in the heart of Buenos Aires and is known as the cultural district of the city. Here you can visit many museums and galleries including the National Museum of Fine Arts, National Museum of Decorative Arts and the National Library of the Argentine Public. But its greatest attraction of all would probably be the Recoleta Cemetery. It is the final resting place of many prominent Argentine figures such as former presidents Domingo Sarmiento, known as the father of modern education, and the world renowned Evita Peron. 3. Florida Street Florida Street is a bustling pedestrian street filled with restaurants, shops and various street performers and vendors. It is alive with the energy of the Argentine spirit and a great place to spend the day doing some shopping, eating, buying original Argentine merchandise and listening to the various flavours of local Argentine music. 4. Sample the local delicacies The people of Argentina all share a great love of food and you will realise it as soon as some of their mouth watering delicacies land on your tongue. Try any of their generous selection of meats with some of the best steaks in the world. Have a taste of the extremely popular Empanada, a small but delicious pastry that you will be sold on almost every corner. 5. The Teatro Colón The Teatro Colón is the main opera house in Buenos Aires and is known as one the best in the world, even rated as the third best by National Geographic. It is famous for its astonishing acoustics and is ranked among the top five concert venues on the planet.