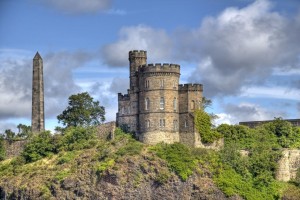 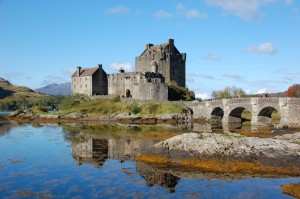 When you play Trafalgar’s Game of Thrones, you win… Winter is coming and so too a brand new season of Game of Thrones! So if the thought of cunning Cersei makes your blood boil or the Starks gaining the upper hand warms the cockles of your heart, listen up, have we got a holiday for you.

In this Game of Thrones, you can only win. Embark on a brand new adventure through the unique locations of Scotland and Ireland in Trafalgar’s new Celtic Filmscapes guided holiday celebrating such movie greats as Outlander, Chariots of Fire, Trainspotting, and of course Game of Thrones.

Edinburgh sets the scene for your first stop on Celtic Filmscapes. Stroll down Princes Street where Renton and Spud ‘choose life’ in Trainspotting and hear about Harry Potter author J.K. Rowling’s humble beginnings.

It’s an all-star cast in Falkland, made famous in the Outlander television series and St. Andrews where the famous beach-running scene was filmed. You’re in the Highlands now.  You’ll travel through Cairngorms National Park where ‘The Dark Knight Rises’ was filmed and travel to Eilean Donan Castle made famous in the James Bond film ‘The World is Not Enough’.

She may not be the protagonist in a famous movie, but Nessie deserves a cameo on your Celtic Filmscapes adventure, with a trip to Loch Ness followed by a journey through the majestic Valley of the Weeping at Glencoe where many scenes from James Bond’s Skyfall and, who could forget, Braveheart were filmed.

The Box Office fun continues as you hop over to Northern Ireland and the Dark Hedges where Beech trees either side of a small road have intertwined to create a natural arched tunnel that plays host to several scenes from the Game of Thrones.

Pan to Dublin and its historic backdrops for such films as Michael Collins, The Commitments, Veronica Guerin and My Left Foot. You’ll see Trinity College and the stately Georgian Squares as well as visit the Witness History exhibition to mark the centenary of the 1916 Easter Rising at the General Post Office.

And that’s wrap, but not one that can only be enjoyed from your couch with popcorn and Coke. Good news is that Trafalgar fixed its rand exchange rate in August 2015 so you’ll enjoy 2016 guided holidays at 2015 prices , o no matter what way the rand goes, your holiday need not fade to black.