Riding the London Underground is not without it's hazards - and by this I don't mean missing your Tube or sitting on a seat gummed up with chewing gum. No, there's a whole lot of rules to be aware of to ensure that you don't mess up and incur the wrath of the more seasoned Tube traveller.

In this blog, with the help of my colleagues at Flight Centre, I attemp to unravel one of the world’s great travel mysteries – the tactics tourists should adopt or avoid on London’s Underground.

While seasoned public transport users will be aware of the dangers of crossing the safety lines, drinking alcohol or leaving luggage unattended, policies governing the more social aspects of travelling Underground are less clear cut. 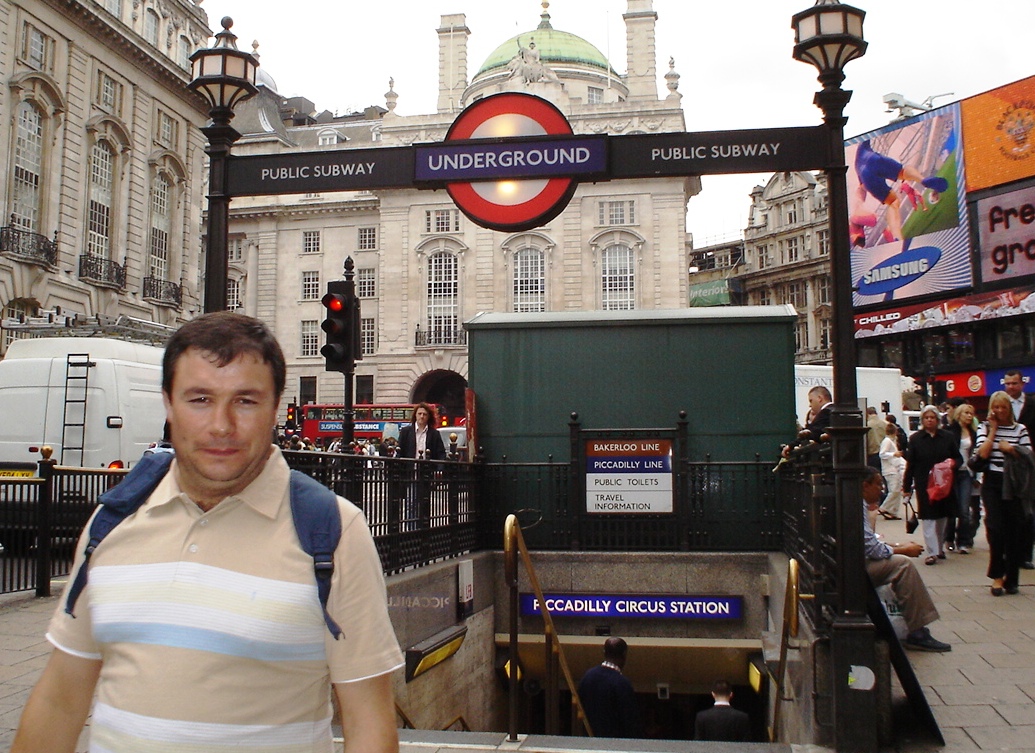 Tubetiquette - what not to do when riding the London Underground

When it comes to the Underground and navigating the escalators leading to or from the platform, the “keep right” rule applies.

If you’re not in a hurry, move to the right and leave the left side free for overtakers.

When it’s time to board, entering a packed Tube carriage is similar to entering a circle – chaos ensues if you don’t give way.

Basically, you have right of way when you’re getting off, ahead of the people who are getting on.

In addition to giving way, Tube “boarders” should stand to the side of the doors to allow Tube “disembarkers” to make a swift exit.

Let’s face it, in a packed peak-hour carriage there isn’t much personal space.

Be aware of the lack of arm room and make the necessary adjustments.

Newspapers and maps should be folded, while wild hand gestures and actions should be avoided – remember, it’s always funny until someone loses an eye.

Resist the temptation to read over a neighbour’s shoulder or help him or her with a crossword.

And chances are you will need to reach for the hand rail at some point during your journey this summer, so deodorant must be worn at all times.

Should or shouldn’t I give up my seat?

Ladies, don’t expect men to automatically give up their seats for you because it rarely happens.

While there is a school of thought that says “don't offer your seat to anyone because they'll think there’s something wrong with you, you’re patronising them or you’re simply creepy” there are some exceptions to the guard your seat at all costs philosophy.

As is the case on most modes of public transport, these may include vacating seats for mothers travelling with babies, pregnant women, elderly passengers or those with disabilities.

Quiet please and no eye-contact

While the surrounds are a little different to Wimbledon’s Centre Court, a similar “quiet please” rule is in play on the Underground.

Your fellow passengers won’t take kindly to loud music, mobile phones, a Mexican wave or even an animated conversation.

Rather than developing personal relationships underground, tube passengers are advised to adopt the same tactics to those who are confronted by bears in the wilds of North America – be aware of what’s going on around you but don’t make direct eye contact.

You might think your back is the obvious place to keep your backpack when travelling.

Tube etiquette dictates that backpacks must be removed and stowed at your feet.

With your backpack in its normal travel position, you’re odds on to wipe out a fellow Underground commuter if you make any sudden movement.

When travelling with babies or young children, you might want to plan your journey in advance to ensure you’re not “tubing” at the busiest and most crowded times. The period between 10.30am and4pmis generally quieter and more child friendly.

The sardine rule – there’s not always room for one more

Unless you’re trying to enter the Guinness Book of Records, don’t try to squeeze into an overcrowded carriage at all costs.

When tubes are at their busiest, services tend to be fairly regular, so simply wait for the next train.

Break free from the masses to find a seat

When you’re waiting for the next service, try moving to the ends of the platform to avoid the longest queues.

Commuters tend to converge near the main arrival points at the platform, leaving prime Tube real estate vacant near the front and rear.

He who hesitates …probably creates a human traffic jam

Everyone’s in a hurry to get in or out of the tube station.

When you’re heading for the gates, have your ticket or pass ready and then move well away from the entrance or exit before stopping.

If you hesitate at the gates or slow traffic movement, you will quickly create a commuter traffic jam.

Once again, it’s a confined space so wait until you reach “open air” before cracking open that tuna or smoked oyster can in your backpack.

Preparation is the key

While not all related to Tube etiquette, certain tactics can be adopted Underground to make your trip easier.

Firstly, size does matter – at least it does when it comes to finding the best place to stand in a packed carriage.

While not a hard and fast rule, shorter people should congregate around the easier-to-reach central pole. This leaves the harder-to-reach ceiling rails for taller commuters.

Secondly, seasoned Tube travellers say it’s best to always carry a mini-guide so you can find an alternative route if authorities close the line you are travelling on.

Thirdly, consider buying an Oyster card if you’re travelling for three or more days in the city. The cards can be cheaper than daily travelcards and, in some cases, can be used for travel to the airport.

February is UK and Europe month at Flight Centre. Contact them us 0860 400 747 or visit www.flightcentre.co.za for great travel specials.