My my, how travel has changed!

When I was born way back in 1987, smoking on planes was still legal and the internet as we know it didn’t even exist yet. I can hardly believe how much the world, let alone travel, has changed in such a short space of time. Two-wheeled rolling luggage was just being invented in my birth year? Then came the fall of the Berlin Wall in 1989, the advent of the internet in 1990-ish and of course, the iPhone 17 years later. 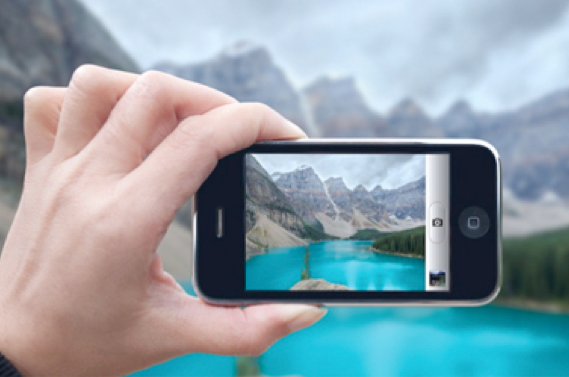 World travel has tripled in the last thirty years. And as it has become more popular, so have the “luxuries” of travel been slowly stripped away at the security gates. It started with the cigarettes, then sharp objects, liquids and saying goodbye to non-ticket loved ones. These days, we basically get undressed, take off our shoes and get strip-searched when the detector beeps.

But on the other side of the gate, we can have the whole world in our hands: the smart phone. This device holds all of the travel staples needed for a successful trip; GPS, weather, address book, calculator, calendar, translator, camera and the list goes on. We have come a long way since the days of writing and posting letters to the people we wanted to meet up with, of planning detailed itineraries, of searching for payphones to connect with loved ones or of carrying wads of traveller’s cheques. On a more sombre note, how much longer will rolls of film be developed or postcards sold? In some places, it is already nigh impossible to find a postcard to buy.

Many years ago, a family friend told me a story about her trip overseas in the 1980s. She was going on a short, three-week bus trip of Europe. Her boyfriend had already been travelling for a few months with his friends. While she was walking with her tour group through the streets of Lausanne, Switzerland, or thereabouts, she randomly bumped into her boyfriend and his crew. An extraordinary coincidence it was. Neither of them had any idea where the other was travelling at the time. There was no Skype, Facebook or email. These days, one would easily just send a chat message or even a tweet. Ah, the romance of it “all” has been lost.

Although present-day travel is far from inexpensive, it is very much easier. Low-cost airlines, frighteningly-advanced technology and globalisation make it so. It has become a business as much as a pastime. Backpacker lodging, around-the-world tickets on offer from travel agents, travel competitions, magazines and photography. Best of all: the travel blog. Who had even heard of a blog in 1987?