Europe is a continent filled with countries that are proud of their heritage, natural beauty and history. We’re going to take a quick tour through some of Europe’s most visited and spectacular destinations. From the bright sunshine, basking down on the French Riviera and its inviting seaside promenades, to the ruins and beaches of Paphos, the majestic Matterhorn Mountain in Zermatt and obviously, the Guinness in Dublin, to name but a few. So, fasten your seatbelts and get ready for take-off!

Also known as the Côte d'Azur, the French Riviera is the coastal paradise of France and is home to well-known towns like Cannes, Saint-Tropez and the independent state of Monaco, which is frequented by the ‘rich and famous’. Miles and miles of promenades and coastal pathways join charismatic seaside villages with breath-taking scenery.

2. Porto and the Douro Valley, Portugal

Porto is a picturesque city on the North West coast of Portugal with its origins dating back to 300 BC. The city is well known for producing port wine and for its breath-taking beaches, cobbled streets and ancient churches. One of its most famous attractions is the Douro River. Guests would do well to take a river cruise on the Douro and explore the history of the city, including the six bridges which are quite fascinating, from an architectural perspective. 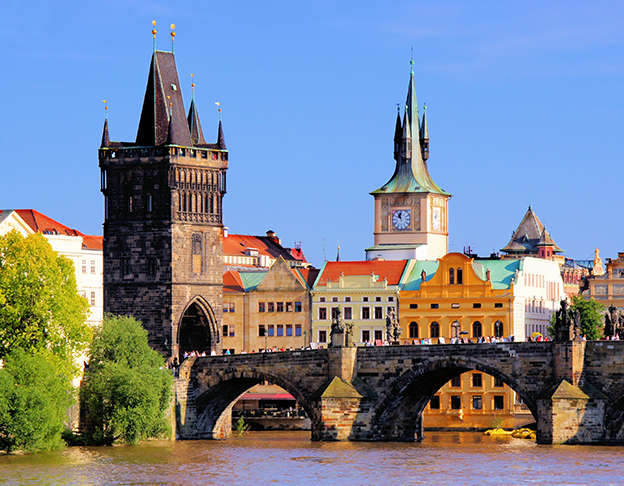 Prague is possibly the most fascinating historical city in Europe. Visit Prague over Christmas to enjoy a beautiful, typically European white Christmas, with markets, decorated streets and loads of snow. Prague is famous for the Old Town Square, its baroque buildings, churches and the Astronomical Clock, which dates back to medieval times. Charles Bridge is completed with 30 statues of saints and is also a definite must see. 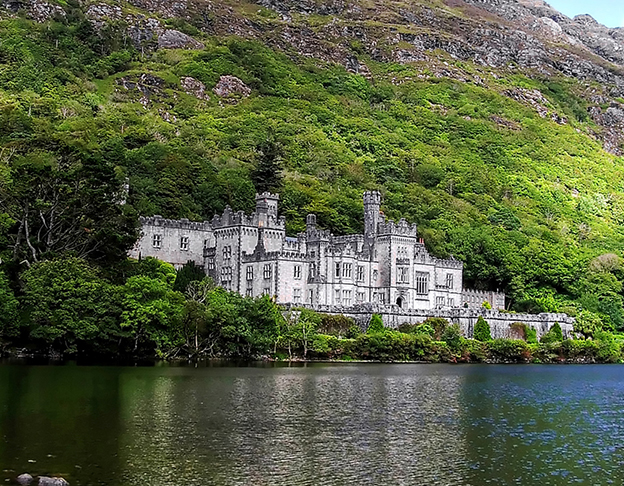 It’s a well-known fact that the Irish love to have a good time. Dublin is not only the capital of the republic of Ireland, but is also the home to warm and welcoming pubs, markets, beautiful countryside and of course Guinness. Visit the Cathedrals, castles and nightlife hotspots like Grafton Street and Temple Bar. 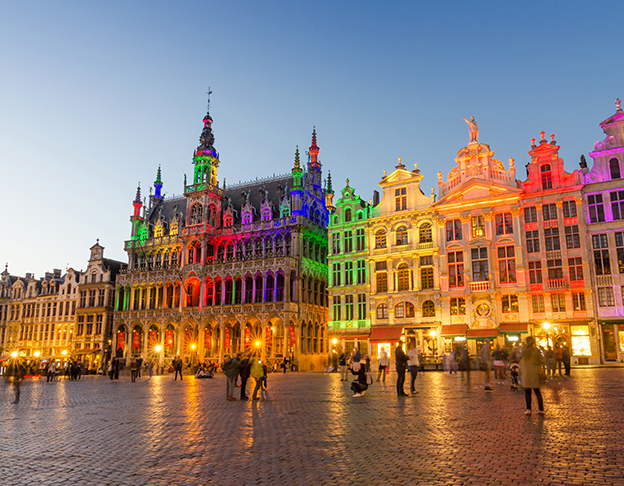 Brussels is the home of the European Union and offers guests exquisite attractions and sites to visit like the Grand-Place with its shops and café’s housed within ancient guild houses. A few must sees include the Maison du Roi and the Manneken-Pis statue.

Liguria is a region in Italy on the Mediterranean coast. It boasts exquisite pastel coloured villages on sloping hill sides with the blue turquoise water of the ocean below. You’ll love the abundance of coves and cobbled beaches and exploring the picturesque villages along the coastline. 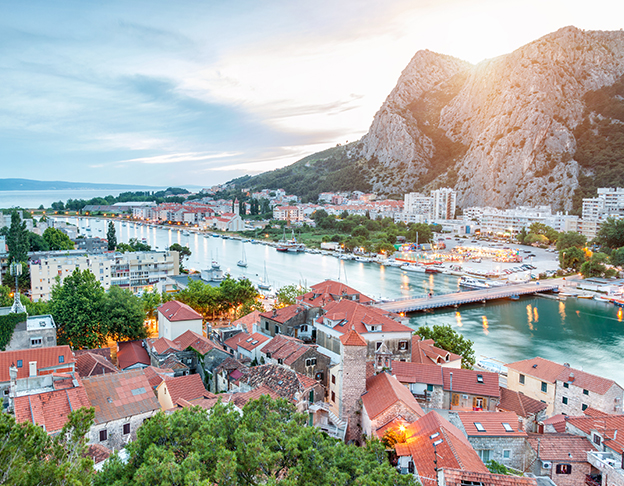 Croatia has become the latest buzz word on the tongues of travellers and tourists around the world. Although there are thousands of amazing places to visit and things to do in Croatia, one of the Croatian gems that is definitely worth a visit, is Omiš. In the Dalmatia region, a short drive from Split, Omiš is a gorgeous seaside village nestled between cliffs, mountains and the Adriatic Sea. It has beautiful beaches and loads of exciting outdoor activities for the whole family. 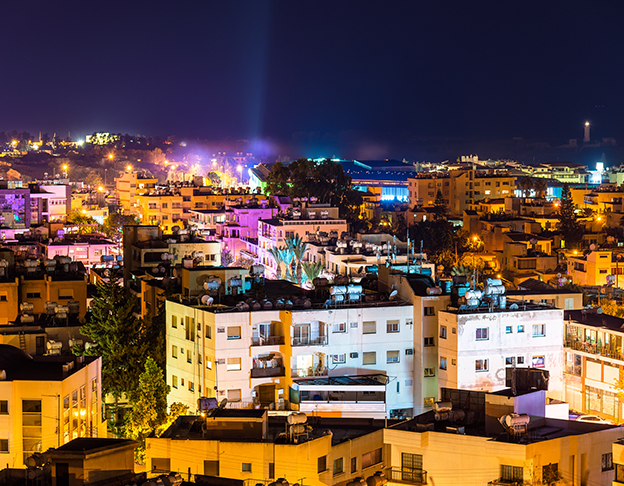 Cyprus is perhaps not given all of the attention it deserves. The Western part of the island is predominantly Greek Cypriot. Paphos is most definitely one of the most visited cities on the island, and for good reason. An island in the Mediterranean, Cyprus dates back to antiquity with beautiful beaches, rugged mountains, and plenty of archaeological sites, tombs and ruins. Paphos offers beautiful villas and hotels for visitors to stay in, and is busy enough to have a great vibe, but not over crowded to become too much. Spend your days snorkelling in the coves, laying on the beach or exploring the cities intriguing history. 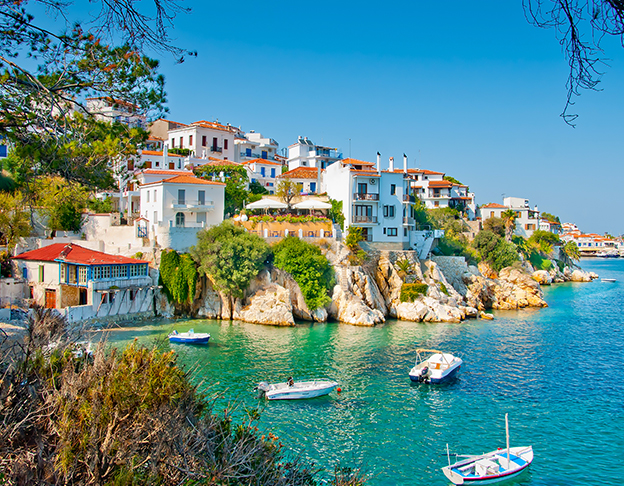 If you’re wondering where those picture-postcard images of Greece with the white-washed buildings, and the rounded blue rooves, overlooking a deep blue sea and beautiful mountains is, that would be on the island of Santorini. The Greek isles are the epitome of what the Mediterranean is - beautiful and breath-taking with fascinating traditions and history, coupled with delicious Mediterranean food and island hopping experiences to satisfy the most adventurous traveller. 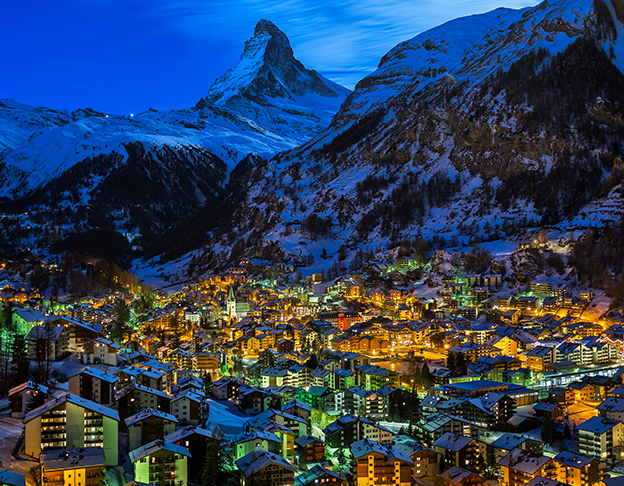 Zermatt is one of Switzerland’s favourite mountain resorts. A small village overshadowed by towering snow-capped mountains, Zermatt offers some of the finest skiing opportunities in the world. The town has loads to do including restaurants, shopping in the boutiques, ice skating, and of course skiing and snowboarding.

Discover the enchantment of its castles, churches and ruins, the allure of its natural scenery, and fall in love with its culture and tradition. Speak to your Flight Centre Consultant today to find out more about visiting these and other exciting European destinations.