The Munich Oktoberfest is a world famous event that takes place annually from late September through to October (the very first Fest took place in October hence the name Oktoberfest).  What exactly is the Munich Oktoberfest about?  Well, in 1810 Bavarian Crown Prince Ludwig found love (Princess Therese) and decided to make it official.

To celebrate this new union he organised a public horse race (where the fest is held).  Long story short, everyone had so much fun that they decided to make it an annual event, and it just grew and grew into the event it is today. 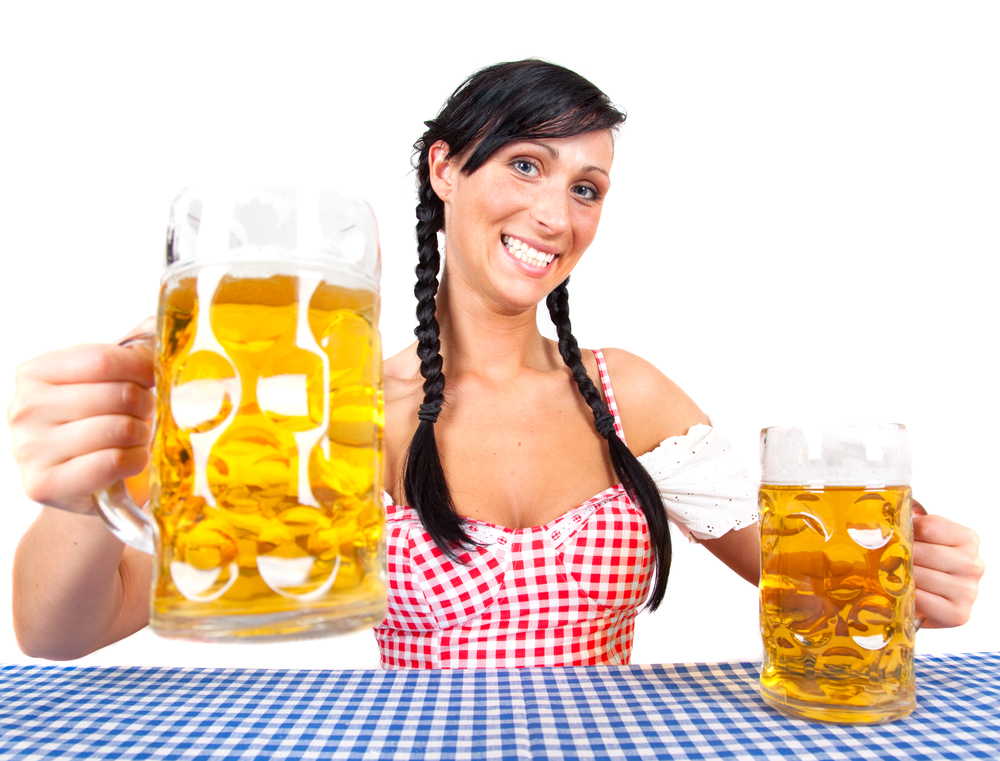 If you love beer, lots of beer, then the Munich Oktoberfest is for you.  Beer in Munich has been declared to the “staple food of Munich” – so yes if you love beer, you’ll feel right at home here.  In Munich beer is said to be cheaper than bottled water, the Germans love their beer alright!
Whilst at the Oktoberfest, expect your average glass of beer to be served in half litre glasses or as the locals prefer, in a 1 litre glass or stein.

So what should one expect at the Oktoberfest besides beer in a colossal glass?  Expect everything else to be just as exaggerated as the beer servings, particularly if you value food.  Pork knuckles served at the fest are sure to fill you and your buddies for a long time.  Then as the sun sets expect to be one with the locals, dance on benches (its normal), and share beer with them.  In keeping with the history of the Fest, ladies and gents come dressed in elegant “old school” costumes.  Ladies, get your traditional Dirndl (dress) and gents those traditional Lederhosen with suspenders out!

Are you ready for the Oktoberfest? Contact your nearest Flight Centre branch for a quote to Munich and festival details!