THE PROLIFERATION of air travel in the 1950’s and 60’s brought about an exciting new era.  For the first time in history, people could reach new cities in hours rather than days, and international and domestic flights were a jet-setting and glamorous affair.  Perfectly groomed and attentive air hostesses brought you cocktails while you enjoyed the latest films with plenty of legroom, and airport security didn't ask you to take off your shoes. Indeed, this was the Golden Age of air travel.   Or was it?  Despite the obvious decline in service levels over the years (especially amongst economy flyers), the reality of the Golden Age was that many people never experienced it, simply because they couldn't afford a ticket.

Looking back at old fare schedules, air travel certainly seems affordable. In the 1960’s British Overseas Airway Corporation offered their tourist class round trip Springbok service from Johannesburg to London for only £273.00.   A steal of a deal considering your in-flight meals were served on plates made of actual china and air hostesses would happily give you a proper steak knife.  However, if you adjust for inflation, the same ticket today would have cost £5324.00 the equivalent of R 74, 366.00!  Certainly for this kind of cash, one could think of more exotic places to go than London. 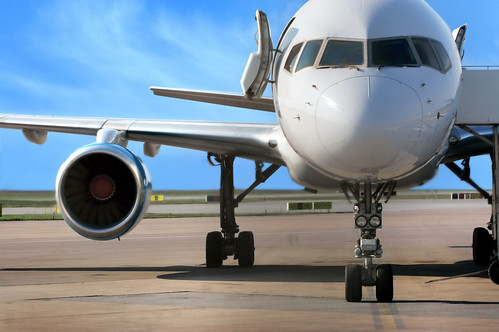 In addition to being price prohibitive, air travel in the so called Golden Age was a drawn out and dangerous business.  A flight from Johannesburg to London could be as long as 38 hours and the piston driven planes were terribly noisy and horrendously bumpy, often having to land to avoid turbulence and crashes were frequent.

It seems we take for granted how far aviation has come since the early days of commercial flight.  Although service levels may have declined drastically, so have prices and flight times.  Today, the average economy round trip ticket from Johannesburg to London costs anywhere from R7000-8000 depending on the airline and modern jet technology means a direct flight will see you safely from OR Tambo to London Heathrow in just 12 hours flat.

With the affordability, safety and timeliness of modern air travel, there has never been a better time to see the world and more people  than ever before can afford to do it.  Although the past will always have a certain allure for travellers, it comes with the caveat of memories.  Despite all their glitz and glamour, the airlines of the 50’s and 60’s would look to our generation and proclaim that it is we who live in the Golden Age of international air travel.