They call it the land of the free and the home of the brave.
I’ve been lucky to have visited many countries – some purely by chance (you know, when you literally arrive and you’re not in Kansas anymore) and some by design, to the point of obsession.

America was never on the top of my list. It seemed to me, a country devoid of culture and lacking that special thing. The kind of ‘thing’ you can only find in some snake-infested jungle or dusty ruined in Europe. I visited the country simply because “it needs to be seen” and thought at the time, I’d just come back and plan an eat, pray, love mission to India to cleanse my soul. I was also lucky enough to join a Topdeck tour – picture a group of young individuals setting the USA ablaze. So, I thought, why not?

We arrived at Los Angeles International Airport after a 32-hour journey – dead tired and a little cranky, but I was hit by the instant buzz.
Everyone seemed to be racing through life in cars three times the size of what I was used to. In my haze, I retreated back into myself and simply stared in wonder at this spectacle – a reaction that would remain for two days as I explored the city and its sounds, lights, strange interactions and even stranger smells (I’m referring to Venice Beach here, if you’ve not been).
It grew on me. Slowly at first, but when I got into it, I was into it, head first, no reservations. Anything went! I was only in LA for five days and I tried my best to do everything - Hiking the famous Runyon Canyon, clubbing at the most outrages clubs in West Hollywood, joining the thrilling rides at Universal Studios, soaking up the Cali sun on the Venice beach and Crazy bar tabs in Santa Monica. 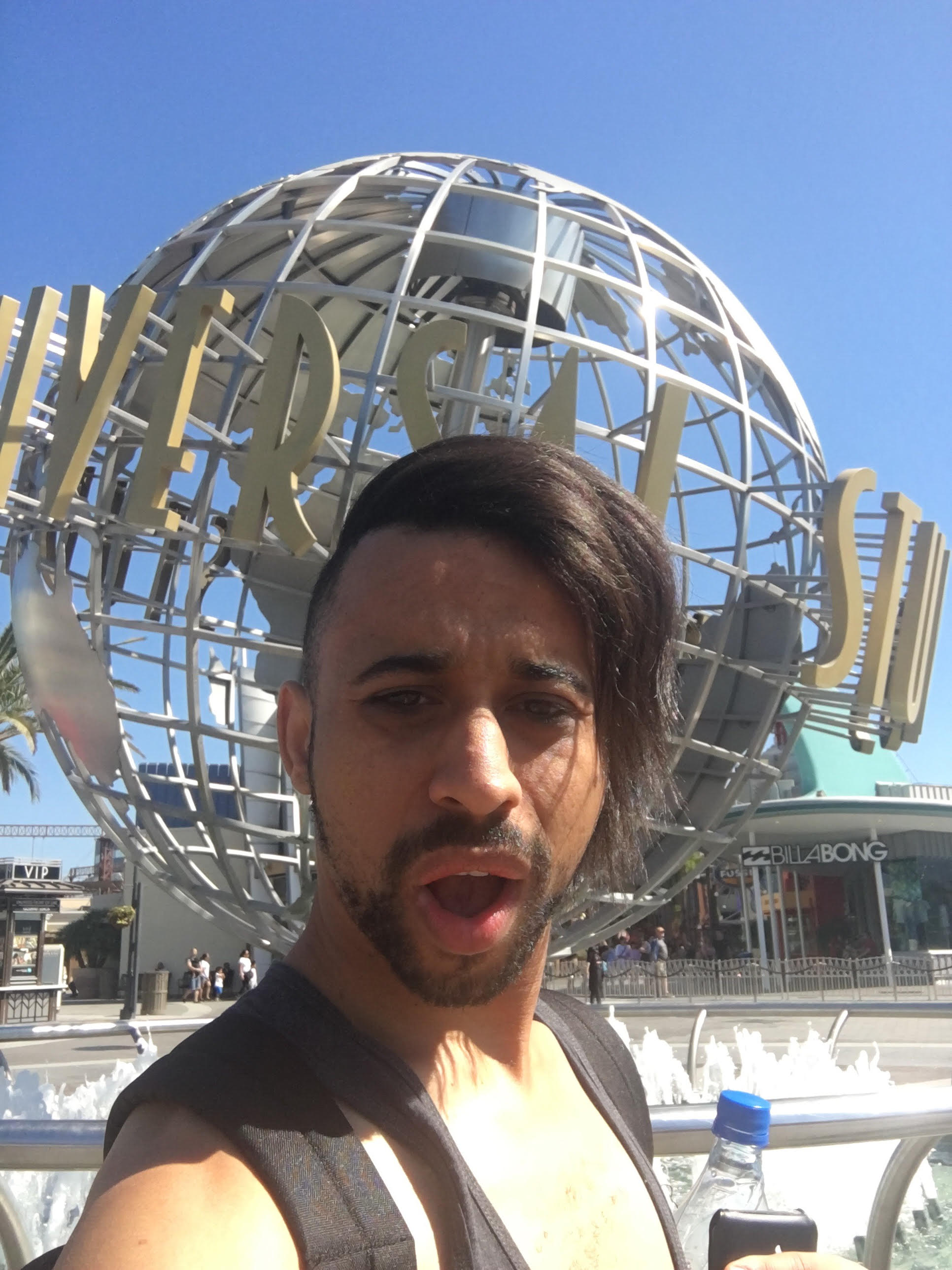 If, like me, you like Mexican food and endlessly sunny days, LA is the spot for you. The occasional famous person walking down the street didn’t hurt either!
After the whirlwind of LA, I head east about a five hours’ drive to Las Vegas, otherwise affectionately known as Sin City. It was not my intention to re-create a mash-up of the movies, “What happens in Vegas” and “The Hangover”, but there I was on one knee the one night (the answer was, no!) and  casino-hopping the next; the largest drink I’d ever come across in hand of course.
I even managed to fit in a cheeky visit to the awe-inspiring Grand Canyon during my Las Vegas stay (the photo ops are amazing) .
From the bright lights and the imposing views of the Grand Canyon, I travelled to the national park that inspired the story behind Yogi Bear. Yosemite offered some amazing hiking opportunities, breath-taking waterfalls and colours so vibrant you’d swear you were living in the midst of a Mac screensaver.
Alas, no Yogi Bear sightings, but I was rather amazed at the more than 3000 sq km park, located just three hours out of San Francisco, the tech capital of the world, home to the HQs of the likes of Uber, Apple and Google just to name a few. Sunny San Francisco and jetting to the Big Apple

San Francisco offers an amazing array of sights to be seen – from the Golden Gate Bridge to the former home of Al Capone, Alcatraz, and the vast array of seafood restaurants and the hip Haight-Ashbury street. You can’t help but see why this city was where the summer of love started in the in the 60s, which helped spur on the hippy movement through to the 70s. After putting down my flower crown, I jetted off to the East Coast to the Big Apple. From the moment you lay eyes on this city, you know deep down that you’ve always loved it.  You could walk for days on end, visiting the museums, the shopping (if you have a nice matte black credit card) or just lazing about in Central Park.
Plus, it’s any foodies heaven with restaurant and café options running into the hundreds. Enjoy great Italian in Little Italy, the hip spots in Greenwich and Chelsea Village and a dollar-slice pizza literally on every third street. 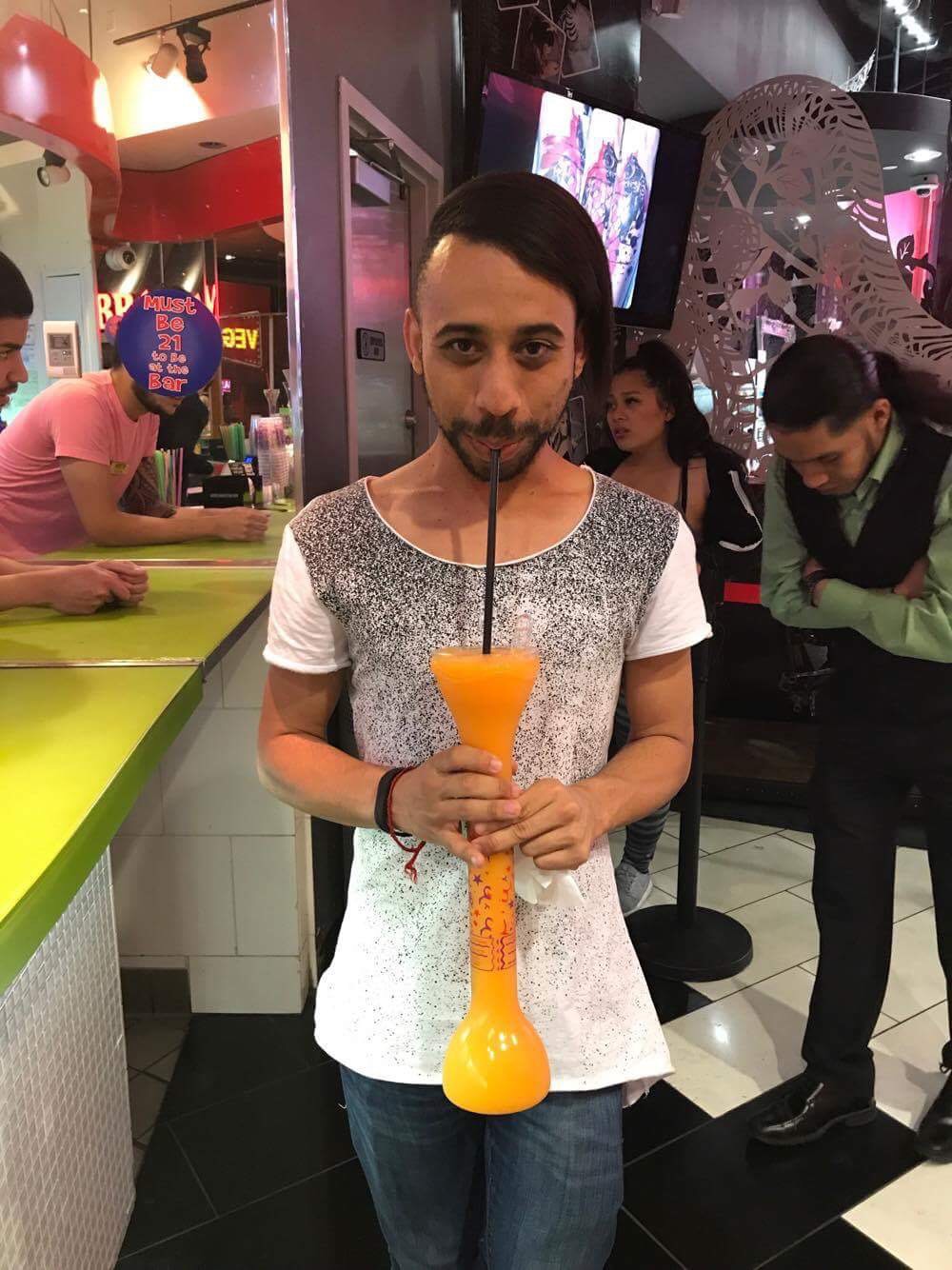 Rooftop bars are a plenty and there are several fantastic local watering holes in the East Village and the Bowery for those on a budget.
If ever you find yourself Stateside, do yourself the favour of sampling New York. Inscribed on the Statue of Liberty is the phrase: “Give me your tired, your poor, your huddled masses yearning to break free”. New York will set you free.  It will make you feel brand new with its energy that just keeps going on.
On the whole, it was fun travelling with 40-odd Aussies. They are a friendly bunch and added something special to the journey. If you are thinking of going at it alone as I did, doing a tour with like-minded people makes the experience all the better and Flight Centre can make that happen for you.