Rome is where the heart is

If you are planning a trip to Europe, the city of Rome should be right up there among your top choices. Whether it’s the rich history or exquisite architecture which lures you, the delicious cuisine or amazing artworks which tempt you, Italy’s capital city shall not disappoint. Here are 10 fun facts about Italy’s capital city to pique your interest further. 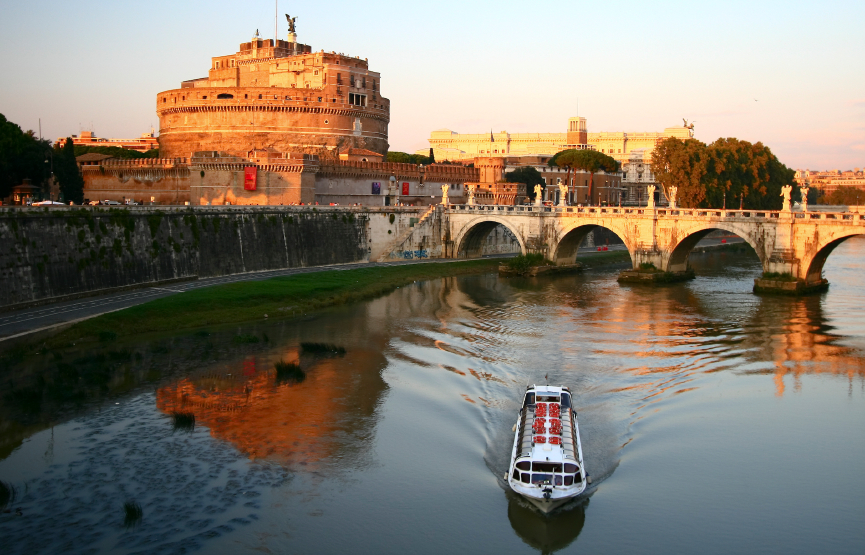 Rome has been known for centuries as the "Eternal city"

1. Rome has been known for centuries as the "Eternal city" and also "Caput Mundi", which means “capital of the world” in Latin.

2. Rome’s mascot is a she-wolf that cared for the brothers Romulus and Remus, two of the believed legendary founders of Rome. The founding of Rome is embroiled in myth to this day.

3. Rome has a sovereign state located entirely in its city limits, the Vatican City. The Vatican is the world’s smallest state and ruled by the Bishop of Rome, the Pope. The Vatican City is also home to the largest museum complex in the world and consists of at least a thousand museums and galleries.

4. St Peter’s Basilica, situated inside the Vatican City, is the largest church ever constructed (and, without doubt, one of the most magnificent).

5. Rome’s oldest university, La Sapienza, is the largest in Europe. Founded in 1303 by Pope Boniface VIII, the university has played an important role in Italian history and has been involved in key societal changes and developments over the years.

6. According to the City of Rome, nearly 700,000 euros worth of coins get tossed into the Trevi Fountain each year. The proceeds are donated to Caritas to help the needy. Legend has it if you toss a coin over your left shoulder into the fountain, it will ensure your return to Rome one day.

7. Rome has a museum dedicated entirely to pasta, the only one of its kind in the world. It showcases the history, production and nutritional information of pasta in all its delicious glory as well as pasta used in artwork. It is certainly a museum with a difference.

8. There are some 280 fountains that grace the piazzas, courtyards and public spaces. Rome is certainly a celebration of water!

9. The Colosseum of Rome, which had the capacity to seat 50,000 people and up, is one of the Seven Wonders of the World. Also known as the Flavius Amphitheatre, the Colosseum is easily the most famous monument to have survived from the Classical era. What we see today is just the skeleton structure of the greatest arena of the ancient world.

10. Sixty percent of the world's art treasures are found in Italy, which means that very many are found in Rome.