The Rainbow Nation and her Pots of Gold

We are often too quick to put South Africa to the back of our minds when it comes to talking about travel. This country is so diverse in its landscape, geography and cultures, most of us have barely touched the surface of places there are to explore. So, putting aside the more obvious must-see sights and tourist spots of Table Mountain, the Kruger Park and sampling bunny chow in Durban, here is a quick pick of the Rainbow Nation’s less-frequented pots of gold.

iSimangaliso Wetland Park, one of the true jewels of the South African coastline, is listed as South Africa’s first World Heritage Site, an honour bestowed upon this 332 000 hectare protected natural area in 1999. The diversity of life here is quite unbelievable which makes the name of this park quite pertinent; ‘iSimangaliso’ meaning ‘miracle’ and ‘wonder’ in Zulu.

Located only 275 km from Durban in Kwa-Zulu Natal’s beautiful St Lucia, the wetland park is well worth a visit. Explore the endless beaches that stretch from Kosi Bay on the Mozambique border to Maphelane in the south, snorkel or dive to experience the extraordinary underwater life and coral reefs or catch a sighting of animals on one of the many guided or self-guided trails in the mountains, coastal forests or rolling grasslands.

The Blyde River Canyon Reserve is home to all five of South Africa’s primates; the somango monkey, nocturnal greater and lesser bushbabies, chacma baboons and vervet monkeys. While monkeys and baboons may be quite a common sight for South Africans, they are rather an exciting element for tourists. But there is so much more to see in the Reserve which extends along a winding path which becomes more and more splendid with views over sheer edges dropping 800m into the riverbed. It is no wonder the area has been afforded the name “Panorama Route”.

Hermanus has been recognised as one of the best whale watching destinations in the world. Tourists from all corners of the globe flock to Walker Bay between July and November each year to watch the whales from the beach or the well-known cliff path, from the boat or from the air. What an amazing opportunity to see these magnificent creatures in their natural habitat and right in our own backyard, nogal*. 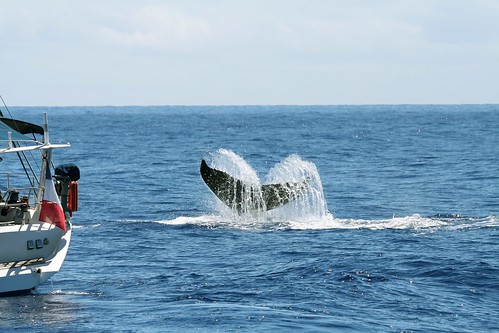 The Amphitheatre Heritage Trail, in the northern Drakensburg, offers some of the most unforgettable views. Years ago, the route was limited to only seasoned hikers but these days, you can make it to the top of the highest waterfall in Africa with the help of guided tours and porters. You’ll still need plenty of stamina, as the 1200m ascent is not for the faint hearted. Once you’re standing on the Roof of Africa, it will all be worth it. For those who are keen on ‘roughing it’, there are caves along certain routes where visitors can stay overnight. And for those more attuned to comfort, tented camps and lodges with delicious food and comfortable beds abound.

The Cape Point Lighthouse stands at 249 metres above sea level and, according to capepoint.co.za, “is now used as the centralized monitoring point for all the lighthouses on the coast of South Africa”. To access this historic building which was completed in 1859, one must take the Flying Dutchman funicular which promises to be an exhilarating three-minute ride. The natural vegetation of the area and the beautiful scenery of Cape Point is not its only draw card; it is an area of great historical importance and holds a rich maritime past. Also, it’s the tip of Africa and who wouldn’t want to say they have been to the ‘Cape of Storms’ named by Bartholomeu Dias in the 1400s?

Oudtshoorn is ostrich country. We all know that the Garden Route has it all. Oudtshoorn offers something a little different; a trip to an ostrich farm is one of the more popular activities along the route with the largest population of the animal in the world. Guests can ride an ostrich and meat lovers will be happy to know that ostrich meat is healthier than other alternatives. Oudtshoorn also plays host to Cango Wildlife Ranch, which provides sanctuary to endangered animals like the cheetah and the white lion. A large crocodile population resides here too.

How many of these pots of gold have you been to? South Africa has so much to offer. So, plan something completely different on your next holiday and aim to find one of the many pots of gold at the end of the nation’s rainbow.

*Nogal is an Afrikaans word meaning, in this case, what is more; moreover.