Oh, there is something about an Irish accent that makes one go weak at the knees. And the people of Cork speak in an accent different to other parts of Ireland; there is more of a lilt or song-like character to the way they converse. And I found it delightful.  Ireland’s “second” city is situated at the mouth of a harbor and even though most tourists arrive at Cork airport these days, the city has retained its cosmopolitan feel from long ago.

I arrived on a rather uncomfortable EasyJet flight from London to visit family friends who emigrated from South Africa to Cork when we kids were still at school. To be honest, I didn’t know what to expect of south-west Ireland. I had visions of greenery, cobbled streets and pubs every few metres along them. There were pubs alright but what else I found was surprising and rather different from my earlier expectations.

Cork is known and respected for its happening culinary and cultural scene. Some Irish call it the “real capital” of the country. With a population of just short of 120 thousand people, it’s a pretty vibrant place. If I were to go again, I would love to plan my trip in time with one of the many festivals on the go. Cork is especially well-known for the annual Jazz Festival which attracts many top musicians in the genre each year. 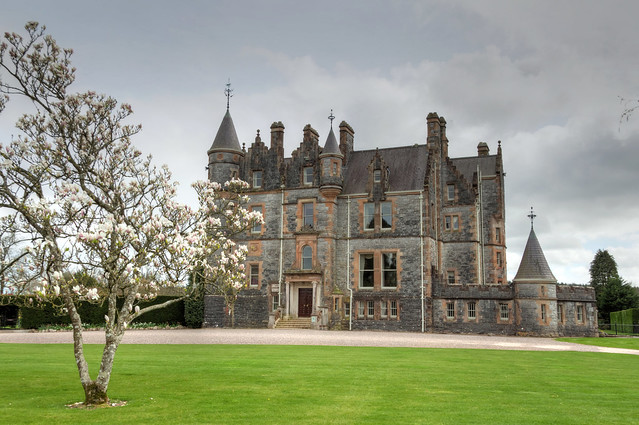 Of course, one just must frequent a few of the popular tourist attractions. I went to just a small handful. Cork surprised me in that it wasn’t very big for a city. You can walk from one side of the city centre to the other in half an hour. And the best way to see the city sights is to walk.    Ring the Bells of Shandon at the Church of St Anne. Built in the 1700s of sandstone and limestone, this church is one of the stand-out landmarks in a city with not many very tall buildings.I was disappointed by how dirty it was inside the church but the unrivaled view of the city more than made up for it.

A highlight is being able to ring the eight bells on the way up. Music sheets are also provided showing how to play the hardly-surprising tune of “The Bells of Shandon” and the not-so-obvious “Two Out of Three Ain’t Bad” by Meat Loaf. I think I nearly got the Meat Loaf tune down thanks to the help of a fellow visitor.

Stroll through the English Market and sample some of the delicious, very fresh food. While you are exploring the city, spend a little time in some of the best art galleries, museums and theatres in Ireland. If it is culture you are looking for, this city is oozing with art, music, shopping spots and history.

I found actual Cork city a little grey, to be honest. It was a combination of the weather and the buildings, I suppose. But there is a vibe here that is far from grey. Especially if you drive away from the immediate city, the green - that Ireland is so well-known for- hits you big time.   The grounds of Blarney Castle, just eight kilometres from the city, aresome of the greenest I have ever visited. Kiss the Blarney Stone and you’ll never again be lost for words.Kissing the Stone of “Eloquence” is just one reason to visit one of Ireland’s greatest treasures, however. The castle is so well-maintained;it is fantastic to walk around the grounds in good weather. A real breath of fresh air.

Kinsale, a little fishing village 25 kilometres south of Cork city, is said to be the gourmet capital of Ireland. Strolling through the narrow streets, it’s easy to see why. Kinsale is known for its reputable restaurants and hosts a Gourmet Festival each year. It is certainly one of the most picturesque, popular and historic towns on the west coast of Ireland and well worth a visit and even a stay-over.

If you are hoping to visit Ireland in the near future, take out that travel bucket list and put a “Cork” in it! You shan’t be disappointed.