"A day without wine is like a day without sunshine" goes an old saying in France… apparently. I certainly didn't learn this in French class and I didn't hear it in the streets of France but it is an expression a lot of us wine lovers can agree with. And it is a fantastic reason to visit the south of France; a (magical) land that would exceed most wine lovers’ expectations.

Just before I was to leave England, a wise friend of mine suggested we make a trip to Provence. Neither of us had much money but it didn't really matter. We were heading for the wine routes, all other needs were secondary. Let me tell you, what you read in romantic novels and travel magazines is absolutely true. Provence is a beautiful part of the world; cities of Roman architecture and Mansion houses are connected by roads lined with vineyards and lavender fields. And the people are friendly here, going against the well-known stereotype. 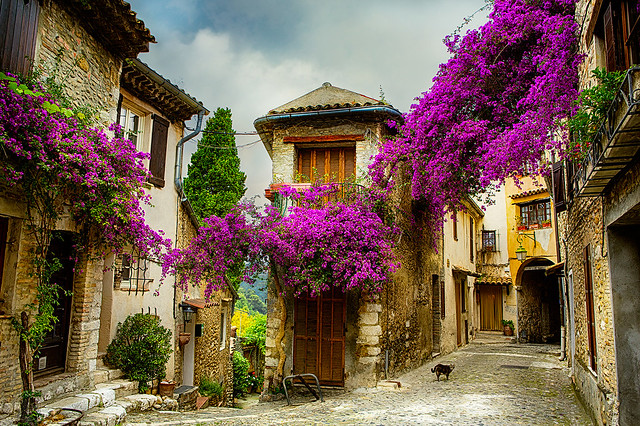 We started our trip in Marseilles, France’s largest city on the Mediterranean coast, after a most comfortable Eurostar train ride. We were, at the time, missing the FIFA World Cup in South Africa. After booking into our hostel, we went in search of a pub to watch the game, South African flags on our backs, only to realize we had just missed it. The locals were so let down by their own national team that they were actually happy Bafana Bafana had won. We were congratulated everywhere we went.

We headed to Avignon by train the next day. And it was here that our wine tour started properly. We stayed in a lovely little guesthouse on the outskirts of this beautiful city which was once the seat of the papacy. We stumbled upon a little festival market, joined in a barn dance to French country music and munched on plain but delicious, fresh baguettes. We visited the Palais des Papes, a magnificent Gothic structure which dominates the city, and captured the sunset along the Rhone River, remains of the grand 12th century bridge in the background.

We managed to get a good deal on a hired car for the rest of our trip and spent the next couple of days driving (and tasting) through the wine lands of the south of France on the way to Arles. The wine was incredibly reasonably priced. So, still, on our plain baguette diet, we managed to purchase several bottles of Provence’s finest vintage. At one wine farm, we met the owner who entertained us with stories of her love for musician Johnny Clegg and how she and her university contemporaries partied in the streets of Berlin when Apartheid came to an end. We had to stop along the way to take photos in the lavender fields (corny, I know, but it had to be done).

Arles is a lovely little city famous for its fleeting relationship with Vincent Van Gogh. Even though he was only in Arles for a short 18 months, he painted some of his most admired works here. For art and history lovers, a visit to this city is well worth it. From the Place de la Republique, the imposing square in the centre of Arles to the Theatre Antique and the Roman amphitheatre, museums, pavement cafes and Van Gogh sites, there is so much to see here. And you can walk from one side of Arles to the other in no time at all.

Provence lives up to all promises of picturesque sunsets and romantic settings, beautiful architecture and excellent wine. Put it on your travel bucket list for sure.