The Magic of Disneyland

For nearly 60 years, Disneyland has been synonymous with family fun.   Since the opening of the Anaheim California theme park in 1955, it has attracted generations of families looking to experience Walt Disney’s enchanted realms of fantasy and adventure and enjoy his beloved characters come to life.  Today, with over five incredible resorts located around the globe and a cruise line, there’s never been a better time to getaway on the quintessential family vacation.   That’s why we are breaking down our favourite Disney Parks. 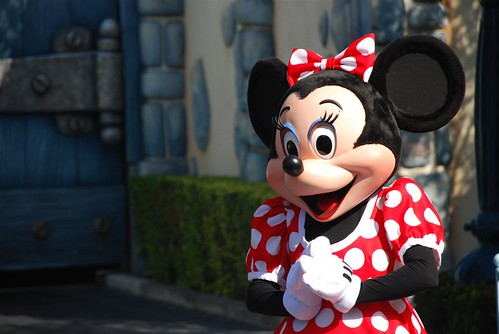 The magic of Disney

The world’s most visited attraction, with 52.5 million attendees annually, Disney World is the big kahuna of Disney Parks.  Boasting 34 on-property hotels, 4 theme parks, 2 water parks, 5 golf courses and a plethora of other attractions including ESPN Sports Complex,Downtown Disney and Disney Speedway, Disney World has everything you need and more for the ultimate family holiday.  Perfect for large families or those with older children, everyone will be sure to have an amazing time.  From the fantasy world of the Magic Kingdom to the exhilarating international pavilions of Epcot to shopping at Downtown Disney, if you want variety, sunshine and loads of fun, Disney World is the place to be.

With all the magic and charm from the day it opened in July of 1955, Disneyland holds a special place amongst the resorts as the original Disney Park.  While smaller than Disney World, it’s two theme parks, Disneyland and Disney California Adventure offer families a host of famous favourites not to be missed.  From enchanting walk-throughs of Cinderella’s iconic castle to the thrill of Space Mountain to the frontier fun of the Grizzly River Run, Disneyland is a tried and true favourite perfect for families with little ones.  Have breakfast with Disney characters, watch fireworks over the castle or enjoy a dinner out in Downtown Disney.  Where dreamsdo come true, Disneyland is really the happiest place on earth.

Encircled by one of Europe’s most treasured cities, Disneyland Paris offers families the perfect blend of fantasy fun and culture.    The second Disney park to be opened outside the United States, it’s two magical theme parks, Disneyland Park and Walt Disney Studios Park, have been enchanting families from all over the world since it opened in 1992.  Complete with 7 on-property hotels, a Disney village featuring shopping and dining attractions as well as a 9-hole golf course, Disneyland Paris is the ideal getaway location.  Just 32 km’s from Paris and with a train station on property, it’s easy to explore Europe while enjoying a magical holiday moment together.

Probably the most unique resort of the Disney collection, Toyko was the first park to be opened outside the U.S.  Featuring three parks, Toyko Disneyland, Tokyo DisneySea and Ikspiari, its own version of Downtown Disney, this park is perfect for the family of Disney enthusiasts who have been to many of the resorts.  With fascinating attractions like Venetian gondolas and Star Tours, the park recently announced a record number of visitors and is celebrating its 30th anniversary.

With an incredible one of a kind cruise line, a resort in Hong Kong and another opening in Shanghai in 2015,now is a great time to experience all the magic of Disney while creating precious family moments to last a lifetime.

Fun Fact: Disneyland California is home to one special, little known attraction.  Club 33 is located in the heart of New Orleans square and is a private members only club marked only by an address plaque with the number 33 beside the door.