The Lost Gardens of Heligan

The Lost Gardens of Heligan is a magical place of spectacular natural beauty. It’s situated near the South West coast of Cornwall about a five hour drive away from London. This wondrous botanical garden is brimming with vivid natural colours and is a true treat to the eyes. Even more magical than the garden itself is the mysterious and intriguing story behind it. 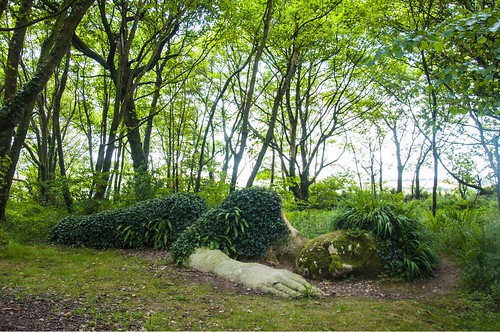 "Even more magical than the garden itself is the mysterious and intriguing story behind it" Copyright: Wiehahn Diederichs

The gardens are divided into various sections, each having its own “natural theme”. From a field of flowers to the fantastic sub-tropical garden, this is undoubtedly one of Cornwall’s, and England’s for that matter, greatest and most astonishing natural attractions.In addition to the mystical gardens you can now also see the phenomenal sculptures of Pete and Sue Hill, artfully completing the Lost Gardens of Heligan to make it the stuff of fairytales.

Also, because of the garden’s connection to the First World War, a commemorative carriage stand has been set up. Here everyone who has lost a loved one in the war can write a personal message that will then become part of the “Field of Loss” where a white flag together with each message will put in the nearby field of flowers. This forms part of the “100: The Day the World Changed” festival (3 August) which is “a unique day of remembrance and commemoration to mark the outbreak of the First World War.”

Brief Look at the Story

The lost gardens are found on the Heligan Estate. Heligan Manor was first built in the 1200’s and became the seat of the Tremayne family, who controlled over 1000 acres of land from Pentewan to Gorran, when Sampson Tremayne purchased it in 1569. The gardens though only came into existence in about 1766. Since then it had gone through several stages of development but it wasn’t until the 19th century that the gardens really started to blossom. The gardens were adorned with 57 acres of planted garden, 100 acres of woodlands and trees and shrubs gathered from all corners of the world. By the start of the 1900’s it was one of the most extraordinary gardens in the whole of England.

Then came World War I and all those who tended to the garden had to take up arms for their country. Less of half them returned. The Heligan house became a convalescence hospital and the untended gardens quickly became overgrown. It wasn’t until 1990, when Tim Smit explored the estate, that he rediscovered the gardens while hacking his way through the overgrowth.

If you do ever find yourself part of the world don’t dare miss the Lost Gardens of Heligan.