I’m lying on a marble slab gazing at a vaulted, star-studded roof in the only city in the world to straddle two continents (Asia and Europe).

Where am I? I’m in one of Istanbul’s most famous bathhouses, Çemberlitas Hamami, where locals and visitors alike have been coming to be cleansed and to relax for more than 400 years. Built by the architect Mimar Sinan in 1584, this is one experience you must not miss. 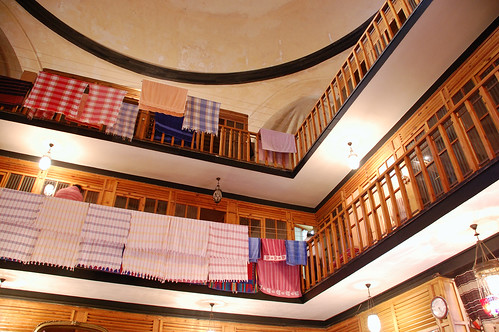 I’ve deserved my thorough soap-and-scrub experience (don’t expect a soothing Sandton spa) because I’ve been visiting some of this ancient beautiful city’s most fascinating sights.

First stop was the huge Topkapi Palace, the Imperial residence of the Ottoman sultans for nearly 400 years. Try to get here by 9am latest if you want to avoid long queues. 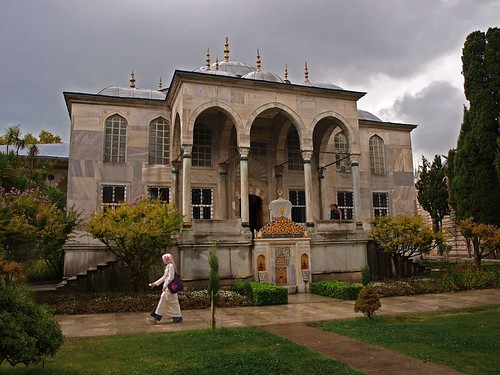 After goggling at the priceless jewels in the treasury – and some relics of the Prophet Mohammed, among other treasures – I took a guided tour of the Harem (buy your dedicated ticket when you arrive at the Topkapi).

I tried to imagine (not possible I found) the daily claustrophobic life of the hundreds of concubines and eunuchs who were once cooped up here, but lived in the most amazing luxury.

Particularly beautiful are the Twin apartments of the Crown Prince with their exquisite tiles and stained glass windows that date from around 1600.

Next stop was the magnificent domed 6th-century world-famous Byzantine cathedral, Aya Sofya (once upon a time the world’s biggest enclosed space). It’s imposing from the outside, but sublime from the inside. For centuries, it’s seen mighty empires come and go; in turn it has been a church, a mosque, now a museum. Like me, you’ll be blown away by its soaring interiors, stained glass windows, handcrafted tiles, gilded domes and gorgeous gold mosaics. 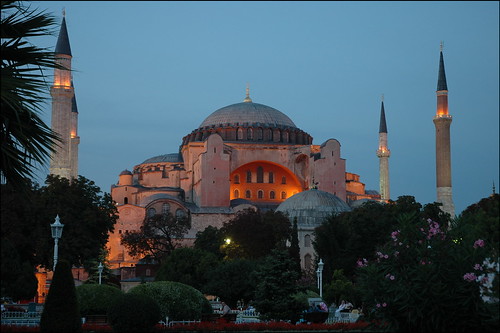 While I was inside, a Whirling Dervish (a member if an Islamic Sufi sect), whirled, twirled and hypnotised himself into a trance in one of the side annexes – a memorable sight for any visitor.

Later, I went right up to the top of the medieval 66m-high Galata Tower, and enjoyed the stunning 360° panoramic view of Istanbul’s seven hills and Bosphorus, before going down to the wharf, walking through the fish market, and then taking a trip on the Bosphorus. Thousands of vessels from tiny fishing boats to huge cruise liners traverse this river every day, but if you’ve a whole day to spare, ride on the famous excursion ferry and watch from close quarters the fleet of ships that sail from the Sea of Marmara to the Black Sea. 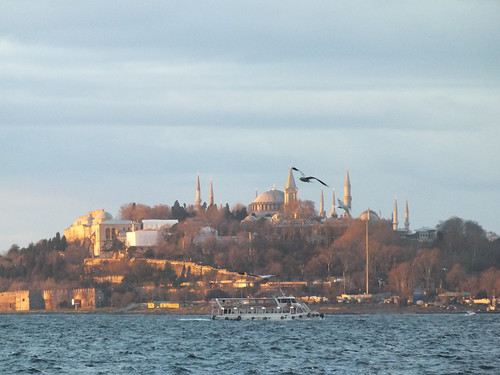 Aya Sofya and the Bosphorus. Photo by Pi István Tóth.

If you’ve less time, then take an evening sunset cruise and sip Turkish coffee, raki (the local alcoholic tipple) or a cold drink as you goggle at the Old City’s impressive skyline silhouetted against a rose-red sky.

Istanbul is a shopping mecca, so whether it’s a glitzy mall or an ancient bazaar that appeals to you, you’ll find something for everyone. Buy jewellery, faux designer handbags, a hand-crafted carpet or a belly-dancing outfit (or almost anything you can think of) in the heady crush of the Grand Bazaar, before heading off to the Spice Market for scented teas, herbs and spices, dried fruit and of course, Turkish Delight. 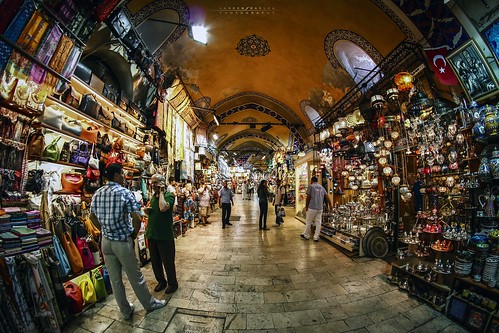 Unless you’re foolish enough to stray into dark alleys at night, Istanbul is a really safe city. It’s friendly too, and the locals will be only too pleased to show you the way to their major attractions that are nearly all within walking distance of each other.

Top travel writers and guidebooks are now tipping Istanbul as one of the world’s “hippest” cities.
When you visit you’ll quickly find out why. 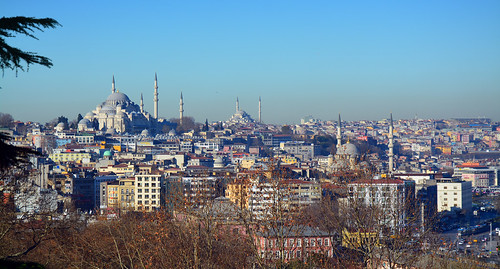