The town of Glastonbury is an enchanted place steeped in mysterious legends and stories of magic, a spiritual Mecca for many. It also plays host to the Glastonbury Festival, one of the most prolific and extravagant music festivals in the world. It is located in Somerset, in the South Western part of England, also informally known as the West Country. It has an extremely vibrant and cosmopolitan community and draws travellers from all across the globe. 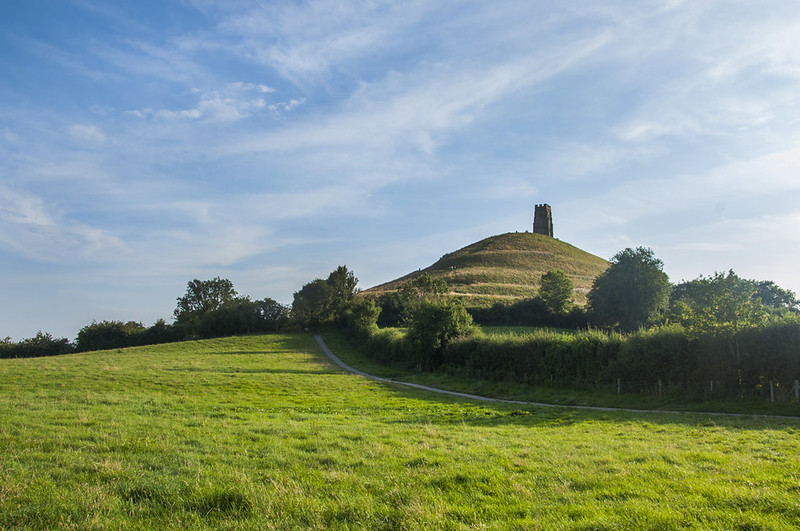 Glastonbury Tor is a hill at Glastonbury in the English county of Somerset, topped by the roofless St Michael's Tower, a Grade I listed building. Image copyright Wiehahn Diederichs

There is one monument, perched atop a tall green hill, which proudly gazes over the farthest reaches of this area. This is St. Michael’s tower on the Glastonbury Tor, a mystifying sight synonymous with its town. The Tor is place of great importance for people from many different cultures and religions. Some see it as a prominent spiritual destination while others await the arrival of extra-terrestrial beings.

Even in the earliest accounts of its history, this part of Glastonbury was considered a sacred place. Excavations by Philip Rahtz and his team in the 1960’s found evidence of people residing in this area as early as the 5th century. The most notable theme identified across all the myths and legends is that the Tor is a place where the “veil” between the material world and spiritual realm is very thin, making it a significant place of other worldly experiences.

Whatever the true story is behind the great Glastonbury Tor, it is definitely a sight worth visiting. From atop the hill you can see brilliant views of the surrounding countryside and there are many travellers to meet, most with very interesting stories concerning the Tor.

Here’s a brief list of some of these myths and legends: