Some 1000km off the coast of South America, the 19 islands of Ecuador’s Galapagos make up one of the world’s most diverse ecosystems.  Once explored by Charles Darwin, the incredible species that inhabit the islands contributed immensely to his theory of evolution.  Today, a visit to the Galapagos is a sought after by adventure travellers around the globe.  That’s why we are taking you on a virtual trip to some of the best islands to discover.

The island of Española is the oldest in the archipelago estimated to be celebrating its 3.5 millionth birthday.  In addition to its age, it is also one of the most remote, boasting an impressive list of endemic species.  The only place where the rare Wave Albatross nests, visitors can also share sandy shores with sea lions, observe bright lava lizards lounging in the sun or snorkel with the fishes at Gardner Bay.

Located just off the coast of Santiago, Bartolomé is one of the youngest islands of the bunch.  Travellers here can get up close with a number of rare species.   Imagine swimming with Galapagos penguins and bales of Green Sea Turtles. Explore the colourful volcanic landscapes and white sands or hike to the stunning Pinnacle Rock. 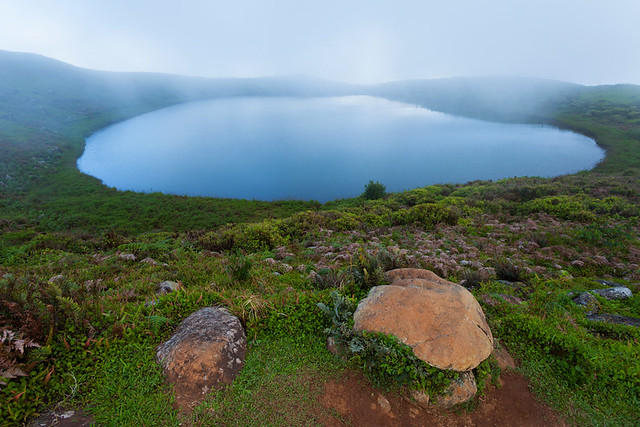 Bird enthusiasts will absolutely adore this island.  Formed by the remaining edge of a large caldera, Genovesa is home to a dizzying number of birds which inhabit the island’s forest.  From blue and red footed boobies to the only nocturnal species of gull in the world, there’s always lots of action here.

The largest of all the Galapagos Islands, Isabella is the only one to have the equator run directly across it.  Home to the sleepy town of Puerto Villamil, here you can view flightless cormorants, pelicans, penguins, marine iguanas and Sally Lightfoot crabs as well as get a taste of island life in town.

Perhaps the most famous island due to the presence of the Charles Darwin Research Centre and town of Puerto Ayora, travellers here will find lots of exciting things to do.  See how rare giant Galapagos tortoises are breed in captivity before being returned to the wild at the research centre or visit the mangrove forests of Black Turtle Cove.  After exploring the island head to Puerto Ayora and enjoy some local shopping and dining.  The most populous town on the islands, it is also the epicentre of the Galapagos conservation efforts.

Want to explore these peaceful islands? Then contact us today!
Visit our website today  www.flightcentre.co.za
call us on 0877 40 5018