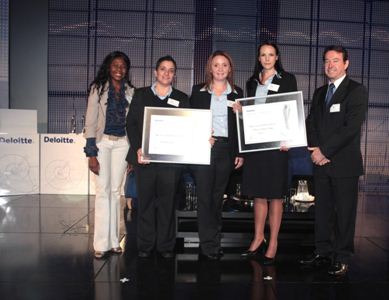 FLIGHT CENTRE employees have once again voted their company the Best Company to Work For, this year in Tourism and Leisure, according to Deloitte’s Human Capital Survey released this month.

Since its initial publication in 2000, the yearly survey has become increasinglyrelevant for Southern African businesses seeking to benchmark themselves against their peers. And, with its recent expansion into Namibia and Botswana, there is growing competition for the top spots.

For Flight Centre’s Executive Managing Director, Janine Salame, the results of this survey are incredibly humbling.  “We strive each year to make Flight Centre a great organisation to be a part of, and it is an outstanding achievement to be recognized in this way.” she says.

As a former Flight Centre travel consultant, who has been with the company for over twelve years, Salame certainly appreciates the value of her people. “We know we have ordinary people doing extraordinary things throughout the business.”  She adds, “They have a passion that is second to none and we continually work to make Flight Centre a better company to be a part of.”

This award joins a number of trophies already on Flight Centre’s shelf both in South Africa and globally.  The company ranked third Best Medium Sized Company to Work For in South Africa this year and took top spot in the same category in 2010.  It has also ranked in the top 5 from 2006-2009.

Want to be part of the best company to work for?

Then visit our careers page www.flightcentre.co.za/careers/ and apply.