Europe’s most visited attractions and cities

Although Europe is the second smallest continent on earth, it is home to cultures which are as diverse as its landscape. European history tells a fascinating story of war, economic and industrial hardships and successes, philosophical thought, artistic expression, and innovation. Take a look at some of the most visited destinations throughout Europe and discover what makes them so special. 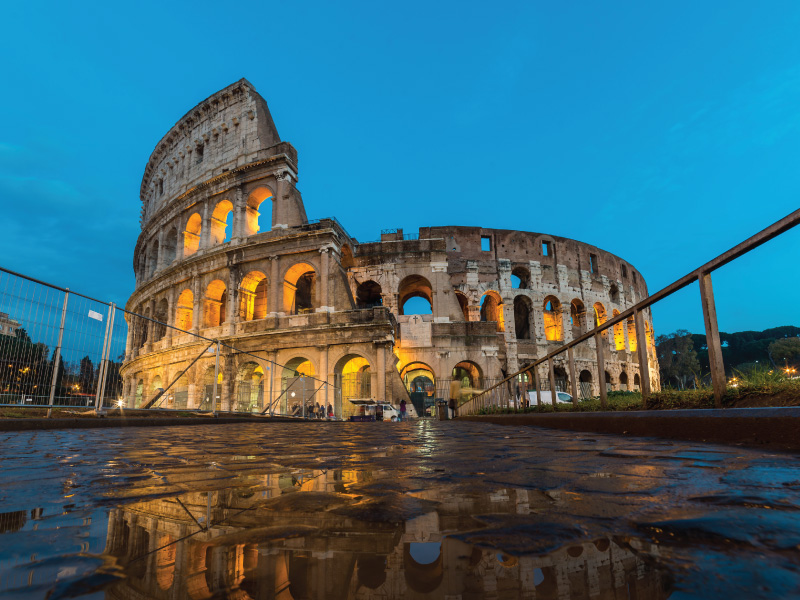 When we think of Rome, one of the first images that come to mind has to be the splendour of the Roman Colosseum. Not only is it the largest amphitheatre ever built, but the structure is nearly 2000 years old. In its day, the colosseum could accommodate up to 80 000 spectators, and was mostly used for competitions between gladiators, public performances, including re-enactments of battles, and performances based on classical mythology. Over the last 2000 years the Colosseum has slowly degenerated through countless earthquakes and the activities of stone robbers.

A ticket to the Colosseum will cost you roughly 12 Euros and it’s a good idea to try and pre-book your ticket to avoid the long queues. If possible do some research on the Colosseum before visiting it, or join one of the guided tours to make the most of the experience.

The Eiffel Tower was completed in 1889 and was built to mark the 100th anniversary of the storming of the Bastille and the start of the French Revolution. It was also intended as a grand entrance to the 1889 World's Fair, which was and still is an exhibition of global cultures and products.

The Eiffel Tower has become a global icon for Paris and the French nation. Without a doubt it is the one attraction that is essential to any visit to Paris. There are restaurants on the first and second levels of the tower, and it is possible to get to the top with a glass lift. Needless to say, the views over the city of Paris are breath-taking as you travel to the top of this monumental landmark.

The Acropolis is a citadel built on a rocky vantage point overlooking the city of Athens. The name Acropolis comes from the Greek word, acron, which means highest point. The Acropolis consists of a number of fascinating buildings including the Parthenon, The Temple of Athena Nike, Theatre of Dionysus Eleuthereus and more. Built around 500 BC, the Acropolis has become the most important symbol of Greek history and the country’s classical legacy.

After paying an entrance fee of approximately 12 Euros, you will have access to the Acropolis and all of its fascinating legends and ancient buildings. Explore at your own pace, or enlist the assistance of a tour-guide to really make the most of it.

Located in the north-eastern part of Italy, the 118 small islands which make up this fascinating city are all connected with vast canals and a network of waterways and bridges. Venetian history dates back nearly 2000 years. Some of the most important and interesting sites to visit, include The Grand Canal, Saint Mark’s Basilica, Piazza San Marco, Bridge of Sighs and many more. Because of its unique architecture and city structure, Venice has captured the imaginations of people for centuries with its air of romance, tradition and beautiful culture.

Despite the tumultuous times in recent decades, Croatia has begun to flourish. A collection of more than 1000 islands and a vast coastline join perfectly together to create a wonderland of unique European history, beautiful beaches, and exciting traditions and cultures. Dubrovnik is a coastal city on the Adriatic Sea in the region of Dalmatia. The city of Dubrovnik is also one of the ten best preserved medieval cities in the world and is surrounded by green hills and a deep blue Mediterranean sea. Some of the top attractions in Dubrovnik include the Sponza Palace, the Rector’s Palace, and medieval fortresses.

Bruges in the Flemish region of Belgium is a Unesco World Heritage site and was once considered the world’s primary commercial hub. Cobbled streets are lined with old buildings, while canals and bridges add to the distinctly European feel of this attractive city. Bruges is home to the highest brick structure in the world, the Church of our Lady, which was built in medieval times. In Bruges you will also find the Madonna and Child sculpture by Michelangelo, which is his only sculpture to have left Italy while he was still alive.

Europe has become a major influence on societies, and life in general around the globe for centuries. Visiting cities like Rome, Paris, Athens, Dubrovnik, Bruges and Venice will open up a world of fascinating experiences that have been enjoyed by millions of people throughout the history of this incredible continent. Speak to your Flight Centre Consultant today to find out more about visiting the romantic and charismatic cities of Europe for an experience that will last a lifetime.