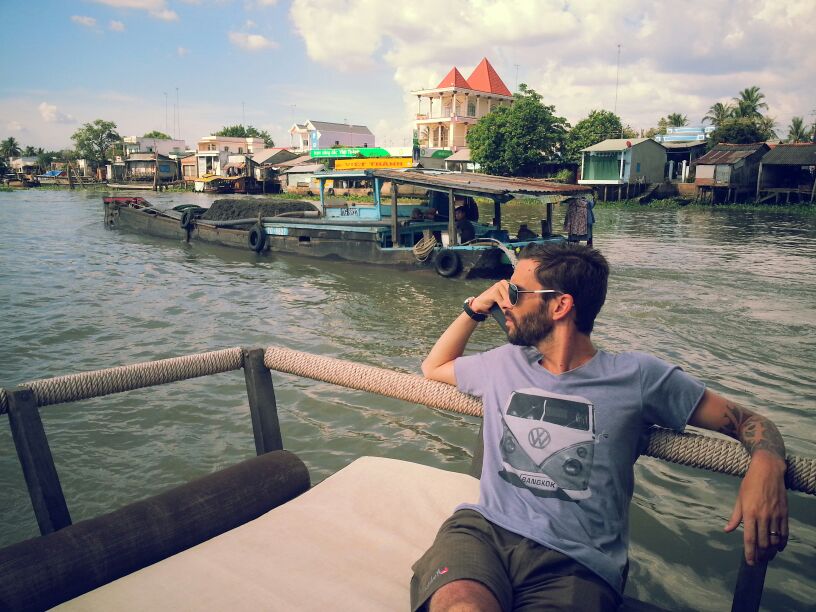 Cruising on the Mekong River

With over 10 years at Flight Centre, The Glen’s very own Graham Cannings has had the pleasure of experiencing many incredible destinations.  However, after travelling through Vietnam, he can safely say, that few have come close to the incredible beauty of this country.

“I’ve been to Thailand and Indonesia before, but the history, authenticity and natural beauty of Vietnam is unsurpassed. “ Says Graham.Graham, who spent 11 unforgettable days exploring Vietnam with On the Go Tours, started his holiday in the exotic capital of Hanoi.  He then spent two days exploring the breathtaking landscapes Halong Bay before travelling South to the imperial city of Hue, the rural villages of Hoi An, the Mekong and Saigon.

“When we first arrived I was struck by the organized chaos of the throngs of mopeds, cars, and people.” Says Graham, “The cities are alive with excitement; and with this tour we had the opportunity to explore not only the metropolitan areas, but the peaceful rural towns as well.”   After spending the first day of the tour amongst the beautiful tree lined streets of the imperial city of Hanoi, Graham and the rest of his group were soon on their way to Halong Bay.

“Halong Bay was absolutely stunning” says Graham of the World Heritage site known for its emerald waters and exquisite landscapes.  “Junk boat cruising was a load of fun, we started the day doing Tai Chi on the sundeck then spent the rest of our time swimming and visiting some of the small fishing villages in the area.”  With two relaxing days of the tour spent exploring this incredible area, Graham and the then hopped on an overnight sleeper train en route to the southern city of Hue. 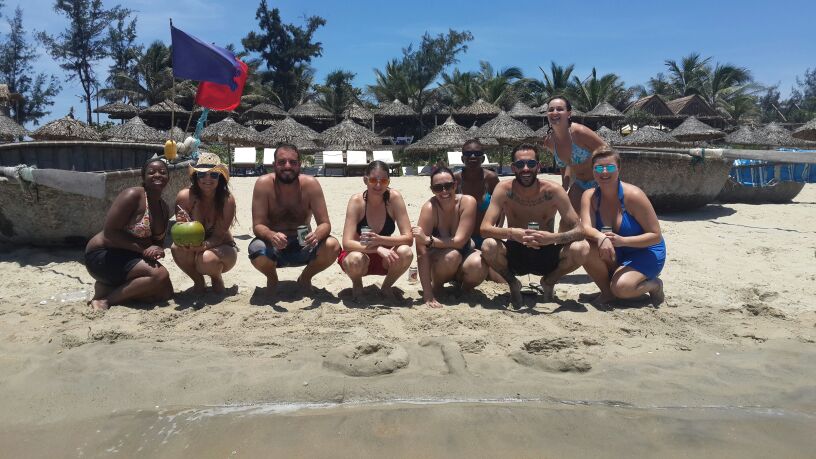 OTG Gang at The Beach 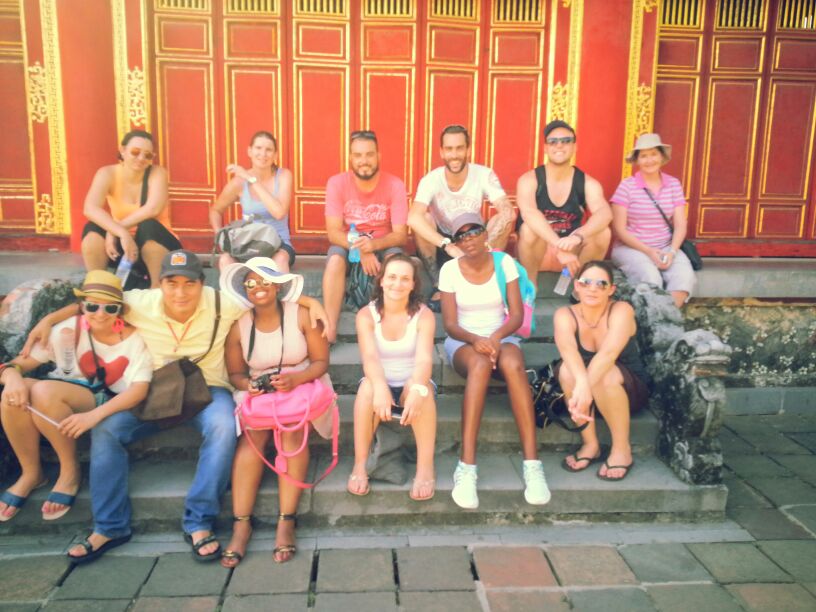 OTG Gang at the Purple Palace

In Hue, the group had a chance to check out the citadels, ramparts and moats of the 19th century Nguyen empire capital.  Boasting the Imperial Purple Palace, built as an exact copy of Beijing’s Forbidden City, there is
plenty of history to uncover.  “Our guide’s incredibly vast knowledge and enthusiasm for each of the places we visited was incredible.” Graham says, “His passion made each part of the tour unimaginably amazing.”

From Hue, Graham and the group continued south to the more rural areas of Vietnam.  In Hoi An, they discovered a deeper appreciation for the country amongst secluded villages.  From tiny traditional homes to delightful craft shops, Hoi An offers a quieter view of Vietnamese life.    With no motorized transport allowed within the city, Graham and the group got to experience a more authentic way of life. “It was absolutely amazing to ride a bike through rural farmland and intermix with the locals.” Says Graham who tells us Hoi An was his favourite part of the tour. “I loved every minute of our time in Hoi An, the region has a fun and lively vibe while maintaining its identity.” 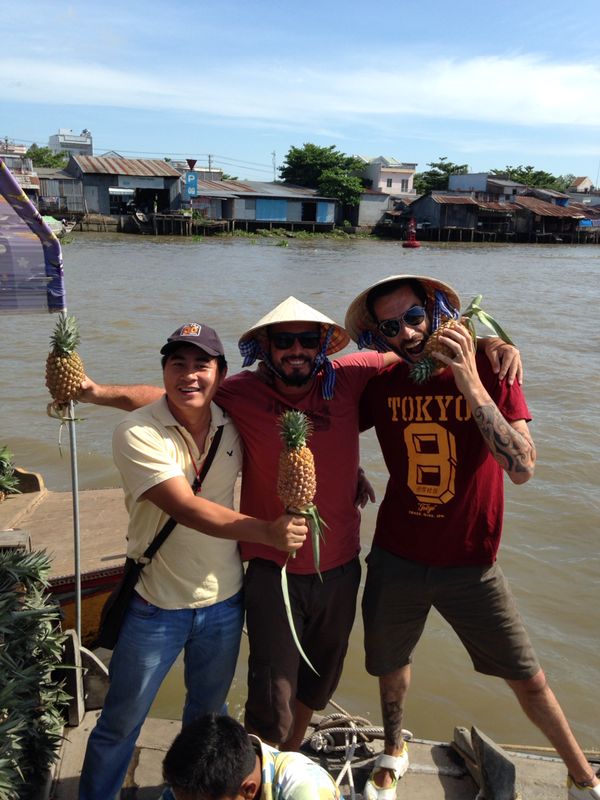 Anh, Al and me on the Mekong

From Hoi An, On the Go finished the tour with cruising the Mekong and exploring the sleek skyscrapers and mysterious

floating markets of Saigon.  After 10 unforgettable days, Graham was left with so many incredible memories and experiences as well as plenty to reflect upon.