Dungeness is a small seaside town on the South-East coast of England. Dungeness’ biodiversity is one of its greatest attractions and why it is seen as such an important area. A vast variety of plant- and wildlife can be found here and it has been an area of great scientific interest for over a century. 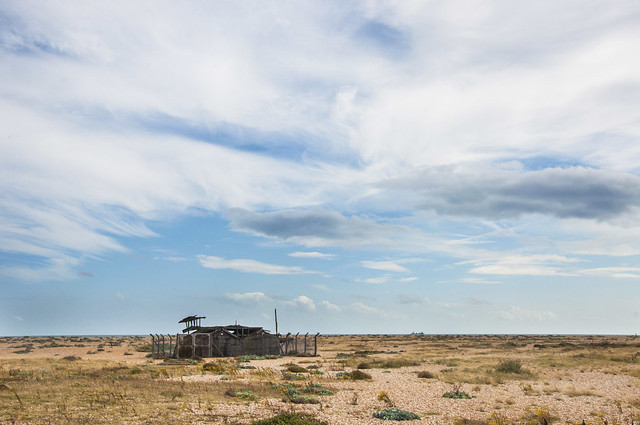 Dungeness is a headland on the coast of Kent, England. Photo by Wiehahn Diederichs

Dungeness has to be one of the most interesting places in Britain. It is one of the largest shingle beaches in Europe and it is of international conservation importance. It attracts people with all kinds of interests. Families come here to enjoy the beach. Birdwatchers come here to view the diverse bird-life. Scientists come here to study insects and plant life. It is known as one of the best places in Britain to find and study insects. A massive variety bees, beetles moths and spiders call Dungeness their home. Some of them are so rare that they can’t be found anywhere else in Britain. Its fauna is also of great interest. There are over 600 different plant species found here, which forms a third of the entire Britain’s plant life.

But there is a lot more going for this seaside town than its natural side. As you drive into Dungeness it feels like you are driving into a movie set.  The large eerie plain of pebbles is littered with hundreds of old abandoned fishing huts and boats as this are was under water not too long ago. As you drive in further there are a few quaint pubs and cafes to visit.

There is a small steam engine train you can ride, which, although it serves as an attraction, is the only form of public transport than Dungeness has. There is also a light house to visit, the fifth built since the first in 1615 as it was moved closer to the coast as the sea retracted. It is a marvelous place to get a fantastic bird eye view of Dungeness and as you ascend the stairs a lot of Dungeness’ history is displayed on the walls. But be careful, it’s very windy up there!

Dungeness is not a place many would think to visit but it a spectacular place none the less. Don’t miss it if you ever make it to that part of the world.