Glad to have you back on board the River Beatrice with me as I take you through the  last days of this divine cruise.

Sadly I know that my fantastic river cruise is nearing its end as we sail into beautiful Budapest, by far my favourite city on the Danube. We have passed through Slovakia, seeing Bratislava in the distance, on our way to Hungary. 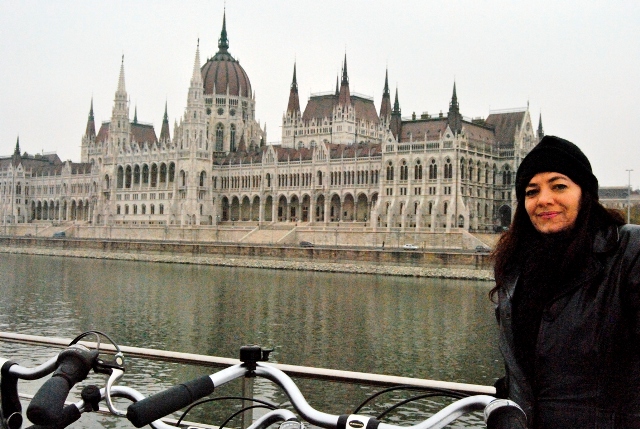 Sailing into Budapest with the House of Parliament in the background

Budapest is actually an amalgamation of two cities – Buda on the hilly west bank of the Danube which dates back to the 1200’s and Pest , the commercial, financial and governmental centre that is much younger. 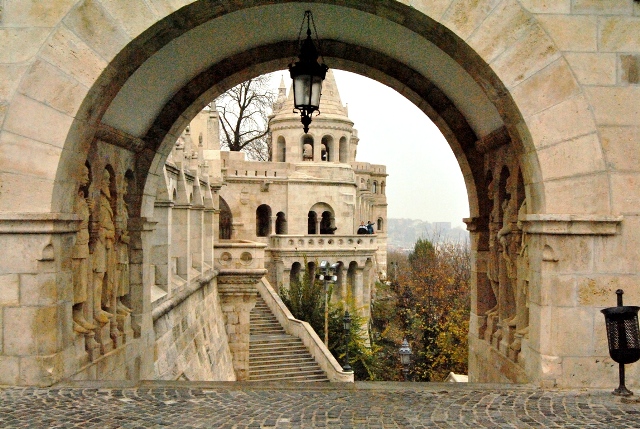 Views through the Fishermen's Bastion in Buda

Hungarians have a saying that you stay in Buda but you live in Pest. And so it is. Buda is quiet, old, nicer and greener, while Pest is where it all happens – opera, museums, shops, theatres and spas abound. The area is well known for its healing waters and with over 130 hot springs and medicinal thermal baths you’d be hard pressed to make a choice.  The Gellert Baths are a good start and they are open daily from 6am to 7pm. 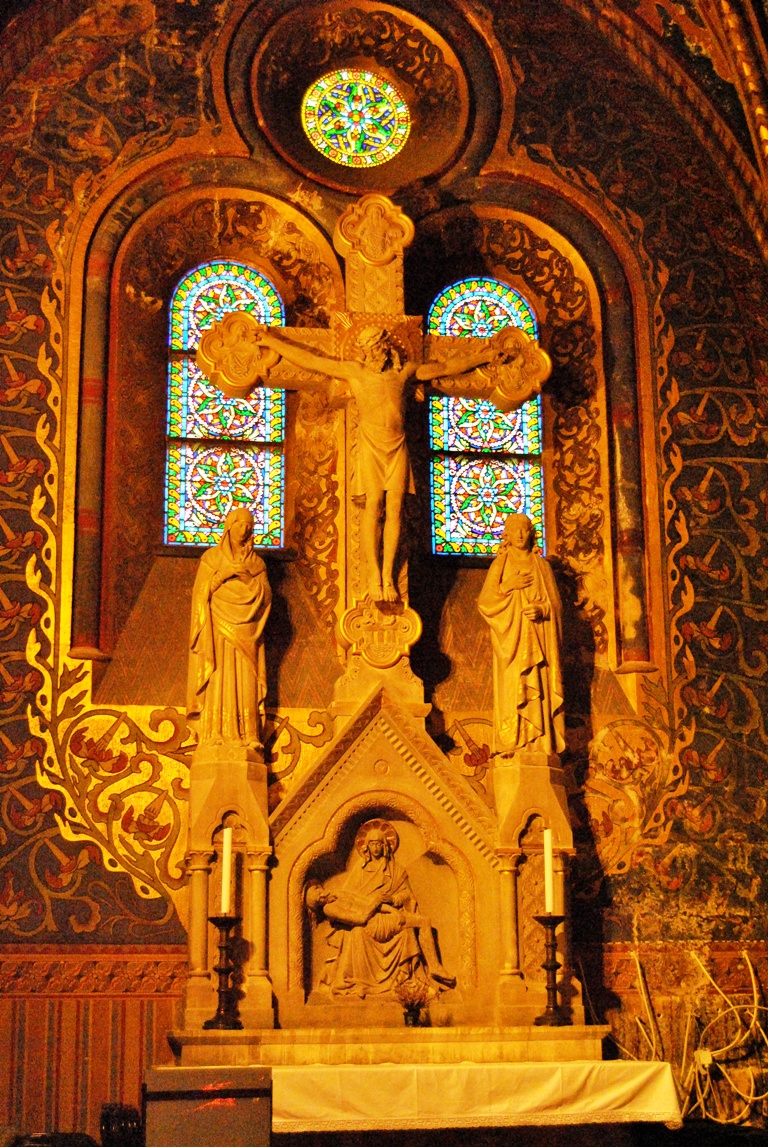 Inside the Mattias Church in Budapest

Budapest suffered huge losses during the Second World War, with nearly 80% of the city and all of the bridges being destroyed by the Germans. And when the Soviets moved in after the end of the war the city saw some of its darkest moments. A sombre visit to the torture cells in the basement of the  House of Terror on Andrassy Street will clear up any misunderstandings you may have had regarding the true nature of the Nazis and the Soviet Secret Police. 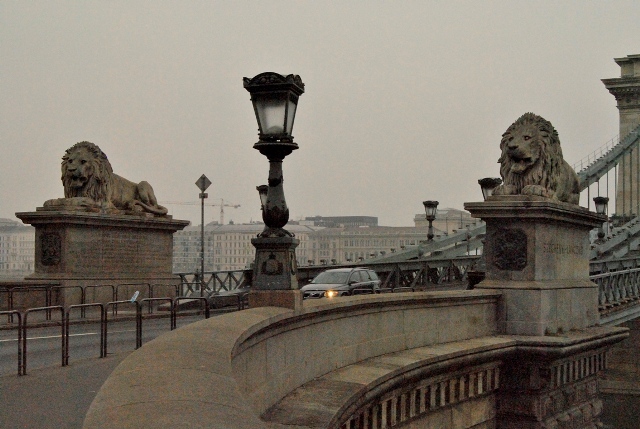 Budapest is a city of bridges and cyclists. Nine bridges span the length of the city connecting Buda to Pest and they are lined with cycle lanes. In fact this is one city that is perfect for seeing from the saddle of a bicycle. 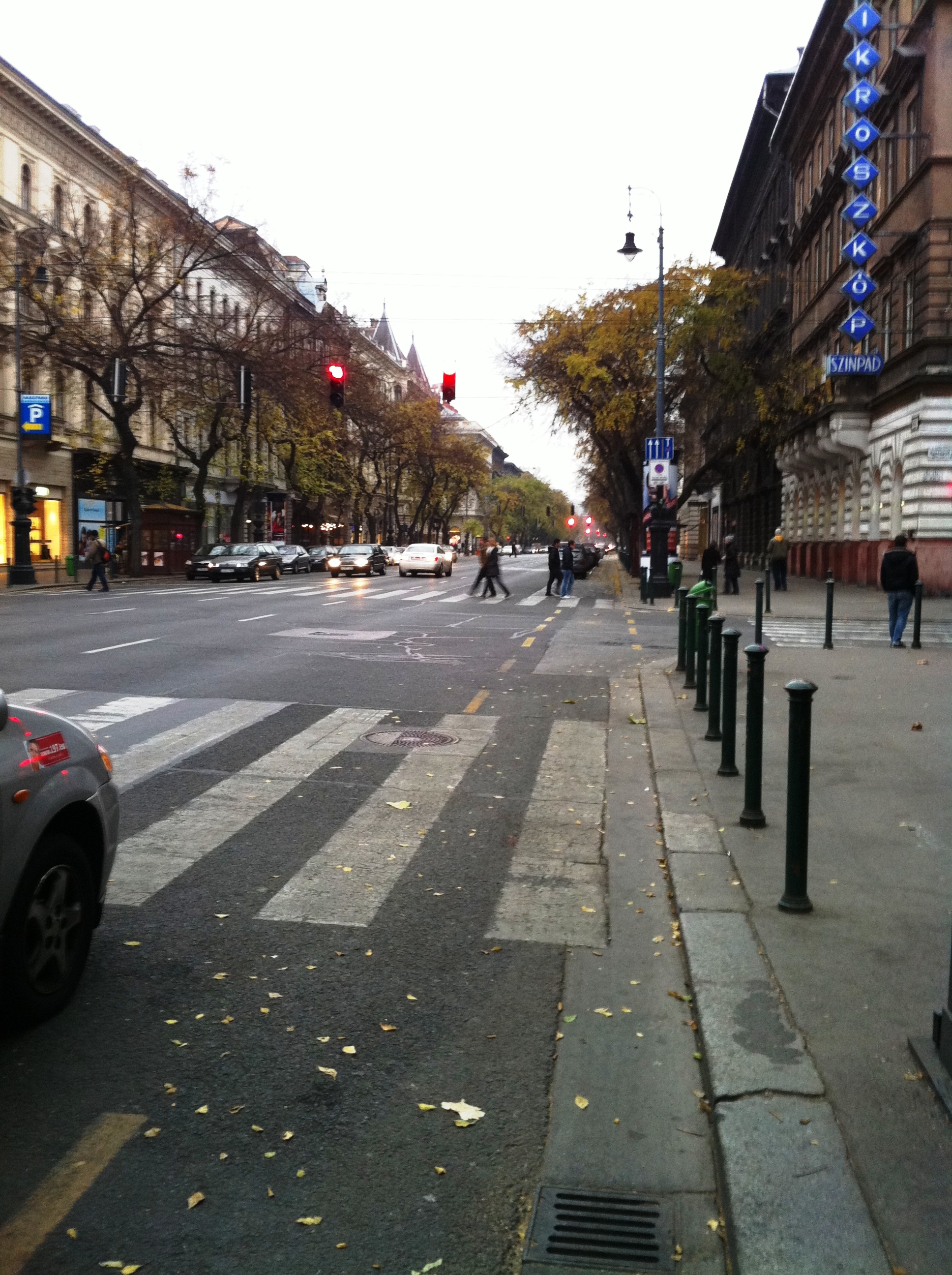 Onboard the Beatrice there are bicycles to be booked, and in Budapest there are avenues to be  cycled. And so I take to the streets on my cycle feeling as free as a bird in this gorgeous European city. It is absolutely invigorating and somewhat unnerving as I’ve last ridden a bike a good ten years ago, but as the saying goes... it’s just like riding a bike – you never forget. Try the Mulled Wine at their famous Christmas Markets

Budapest is unforgettable with its quasi-communistic apartment blocks to the Cathedral of St Mattias and the Fishermen’s Bastion that provides the most superb views from Buda to Pest. There are Christmas Markets in the square where a huge cup of Gluhwein (or Foralt Bor) is sold for R20, this is a must to keep the winter chills at bay while you wander from store to store.

My cruise on the River Beatrice has been nothing short of exceptional. From the very first minute I walked across the gang plank into the lobby the staff have been friendly and efficient. Nothing is too much trouble and this is made possible by a staff to guest ration of 1:4.

All staff have an amazing sense of duty and one-ness. From the front desk staff through to the cabin stewards, the waiters, the kitchen staff, maitre-d, the head chef and all the way to the very top. And they all know your name.

I cannot wait to book my next Uniworld Boutique River Cruise – perhaps I will sample one of the other European rivers such as the Seine or the Rhine. Or perhaps I can venture even further afield and try out Uniworld’s newest ship. In January 2012 the brand new 30 stateroom River Saigonwill take to the Mekong River through Vietnam and Cambodia.