China – a work in progress

Kate Turkington finds out that China is like having a rhinoceros in the house – you simply can’t ignore it.

China is a work in progress. Not only in terms of energy and commitment to becoming the next world superpower, but the visible signs are all around you – the whole country is one vast building site.

After thousands of years of coming and going, tiptoeing forward and sliding backwards, demolition and decay, today’s China is skateboarding into a dizzy, almost dangerously fast future. 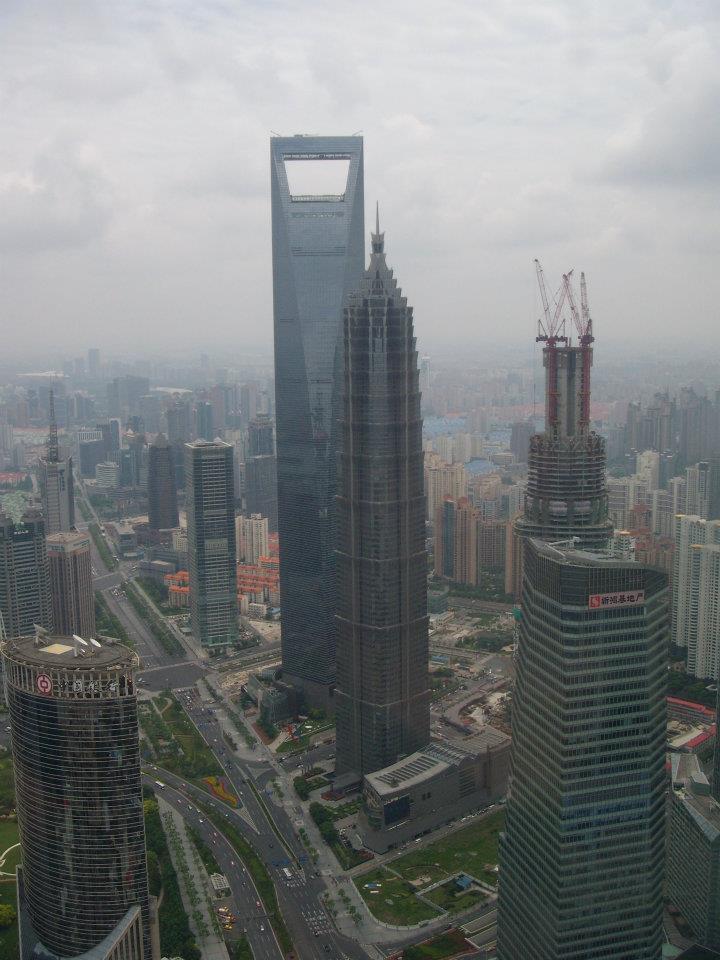 At the controversial Three Gorges Dam – the biggest in the world – on the Yangtze, the third-longest river in the world, where 26 turbines are already pushing out 750 megawatts per turbine, there’s still, amazingly, the natural beauty of the mountains, gorges and waterfalls.

I embark on my river cruise upstream from Shanghai at Chongqing – the biggest city in the world with 33-million people. Let’s extrapolate. If one in every five people in the world is Chinese, that makes one in every 200 from Chongqing.

It’s impossible to pigeonhole this amazing country. Alongside the global push is another country of ancient culture, beauty, friendly people, knock-off markets and mind-boggling food.

On my first night in Beijing I visit Lotus Lake, a popular recreation spot, where proud owners parade their little dogs (it costs a fortune to have a dog as a pet in China, sometimes it’s R3 000 per year for a licence fee – no wonder the owners are proud), a ballroom dancing class is going on beside the lake, and we pore over the menu.

Fancy some spicy trotters or a flamed rice frog? What about dragon claws with native jam, ducks’ paws and jaws in thick gravy, or some squirrel knuckles? 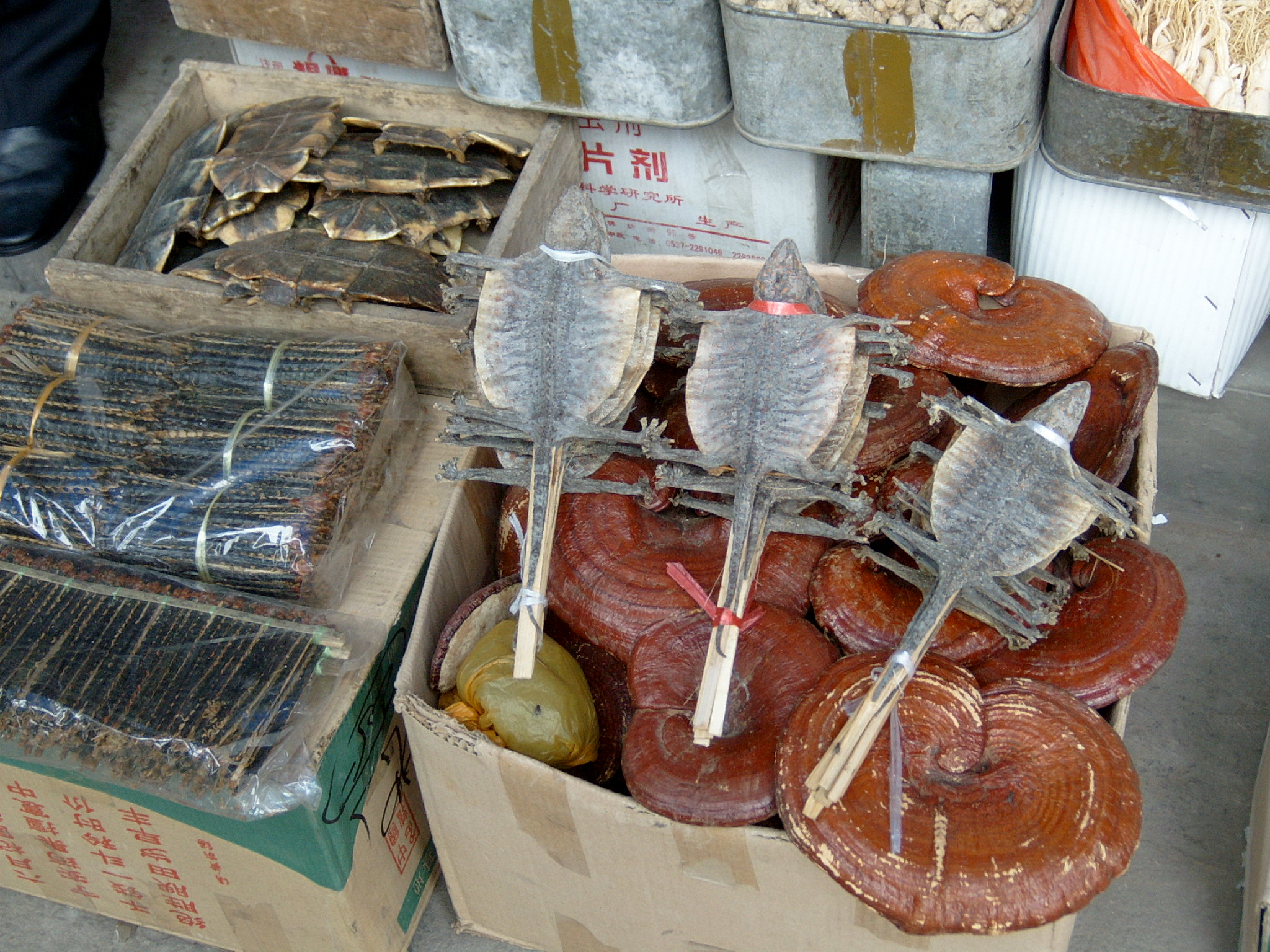 Henry, our Beijing guide, tells me that ‘Chinese people eat everything that flies except planes, and everything with four legs except tables’, as he cheerfully munches some deep-fried bamboo worms with pigs’ large intestines cooked in packages on the side.

I file solemnly past Mao’s embalmed body in his mausoleum in Tian’anmen Square and visit some of the 8 700 rooms in the evocative and lovely Forbidden City that leads from the Square. I climb the Great Wall (well, bits of its 6000-km length) and sing nursery rhymes to a group of bemused, serious-faced toddlers at a kindergarten. 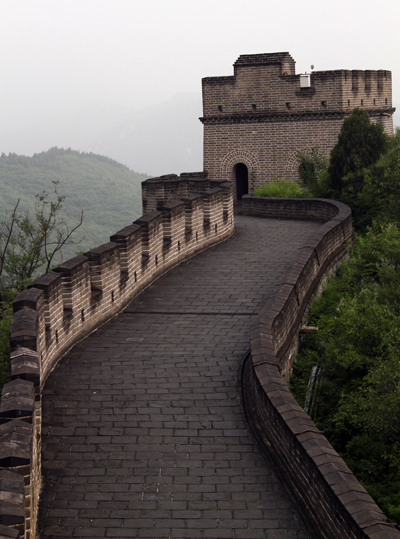 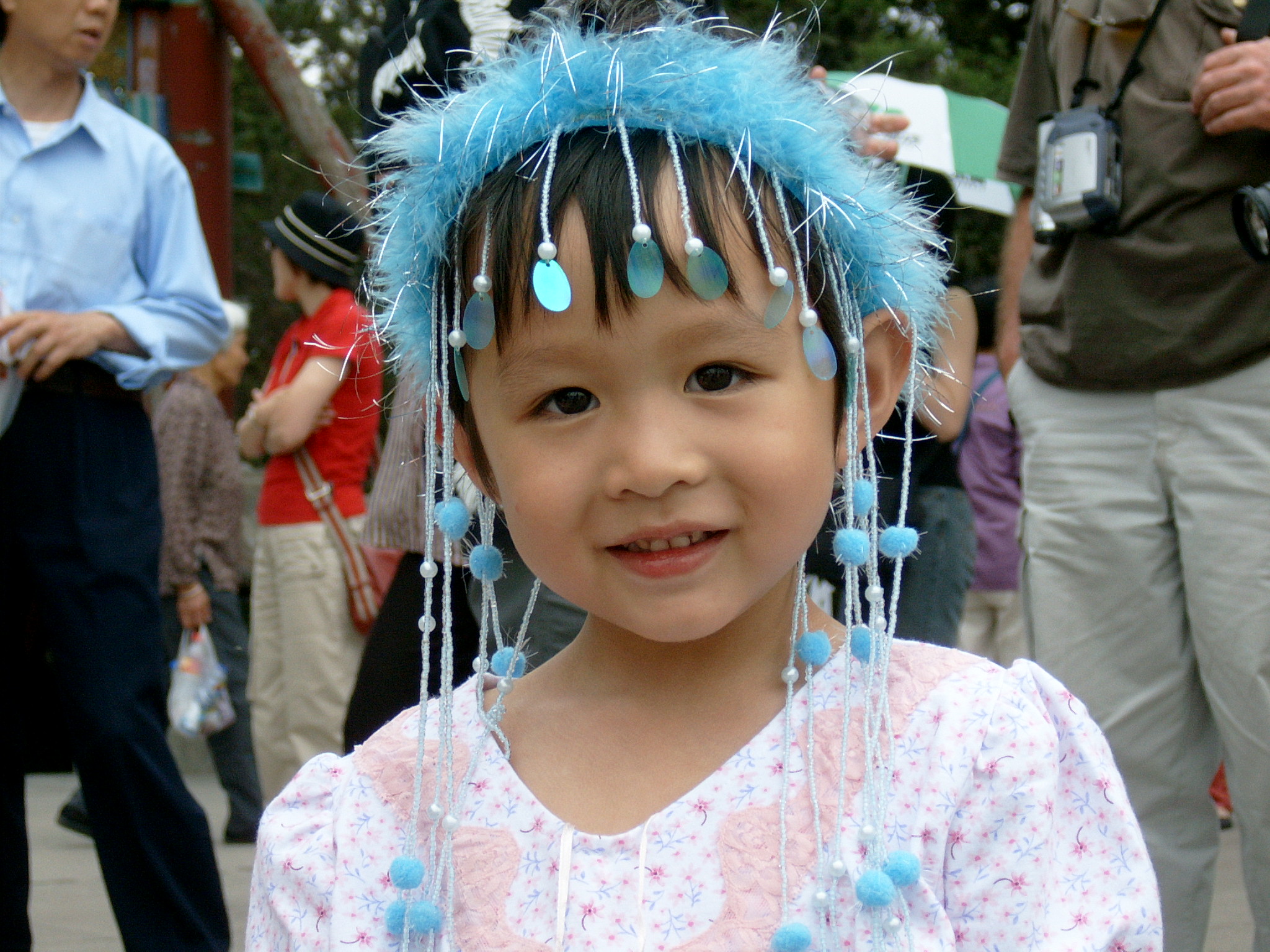 Dressed up in Sunday best… Photo courtesy of Kate Turkington.

I visit the house of Mrs Lee, a retired government official, and am shown photographs of the only child, a son of course, who is now pushing 40 and should be married. The one-child policy works really well in the cities (the penalties for having more than one child are draconian), but in the countryside, the peasants are allowed two tries for a boy. And there are, and will be, lots more males than females in China.

We see several ‘adoption’ groups from Europe and the USA, proudly parading their new baby girls. ‘Banana babies,’ says Henry drily. ‘Yellow on the outside, white on the inside’.

I ride a bicycle round the ancient city walls of X’ian and later marvel – truly marvel – at the Terracotta Warriors, one of the great Wonders of the World.  When you see their serried ranks in full battle array, standing taller than life-size and stretching into the distance in front of you, even the most well-travelled, world-weary visitor is silenced in awe. 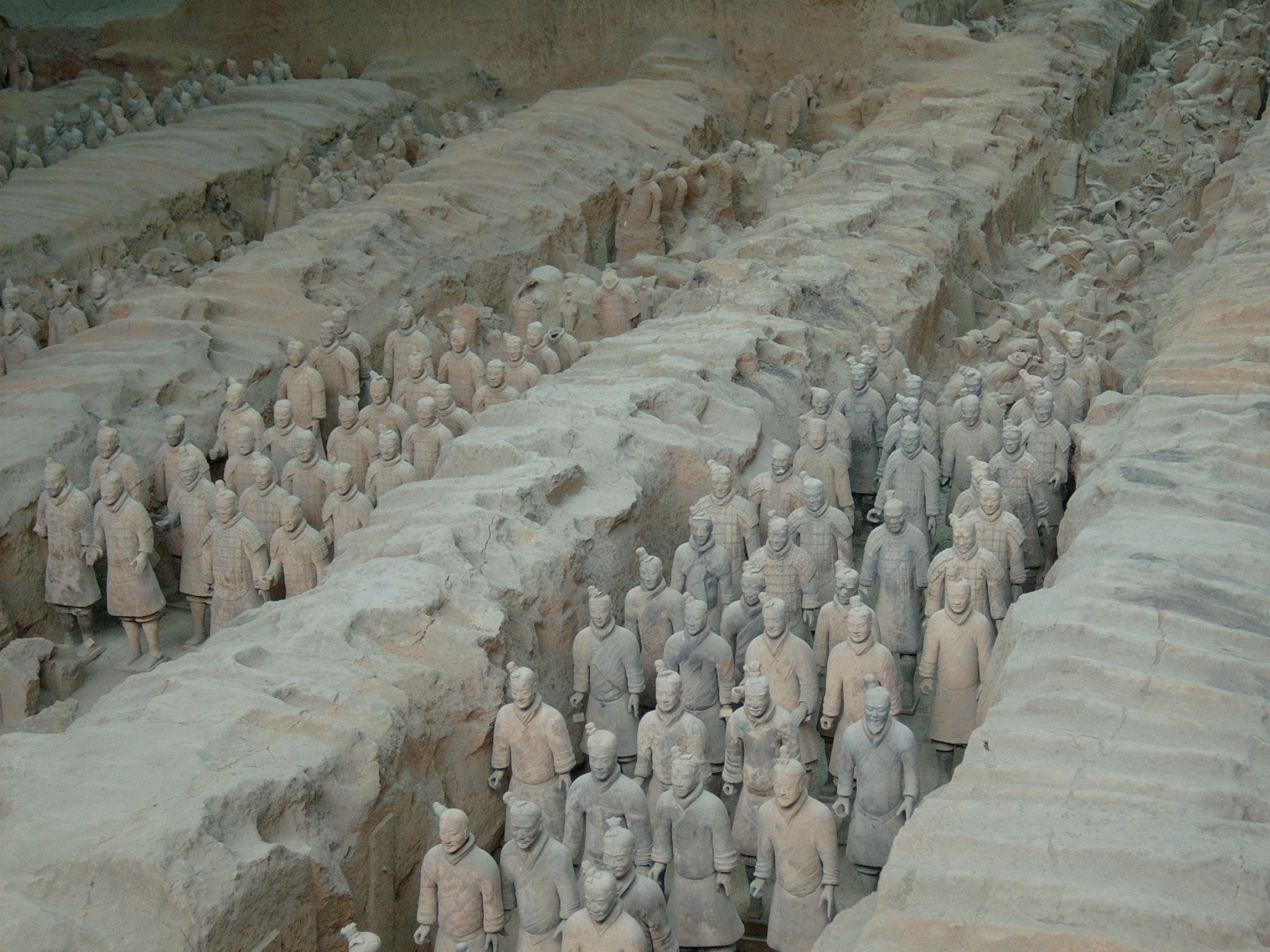 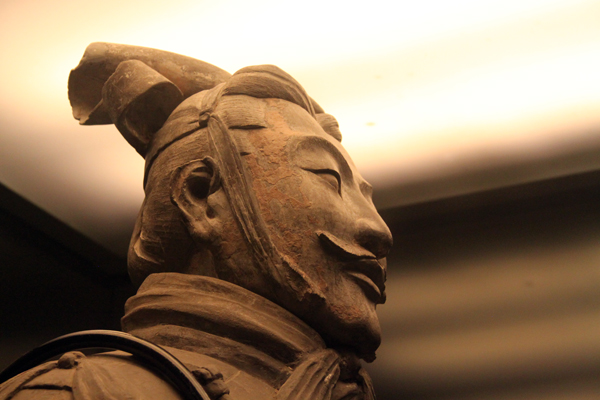 Welcome to one of the most spectacular cities in the world. Of course there are other places where you can see elegant and stately old colonial buildings parading the architectural finery of a glorious past. And of course there are other places where space age domes and needles of lighted mega skyscrapers pierce the night sky. But in Shanghai it’s the glorious, paradoxical juxtaposition of the two that literally takes one’s breath away. 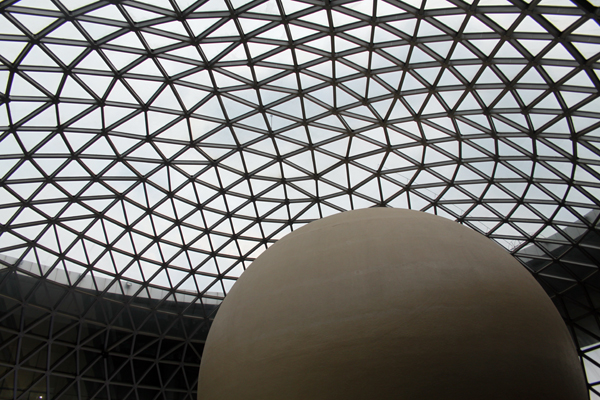 Along the Bund, one of the world’s most famous waterfront thoroughfares, stretches the Old World. On the opposite bank of the Huangpu River is the New.  Bladerunner Nouveau Baroque versus Old Colonial Chic. From the wattle-and-daub village it once was, Shanghai is now the futuristic dazzle of today’s charismatic Supercity.

You can’t claim to be part of a global perspective if you don’t rate China.  Economists mutter that the bubble will burst, that investment in China is a chimera, that it’s all too sudden, too soon. I know who I would put my money on.  And I’d go back like a shot… 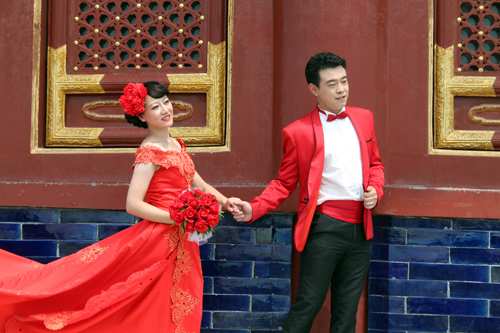 A Chinese wedding at the Temple of Heaven, Beijing. Photo courtesy of Tara Turkington.