There is something exceptional about Bali. I’ve been lucky enough to visit the Indonesian island five times in the past seven years and it still overwhelms me – and each visit reveals new and unexplored areas and attractions. 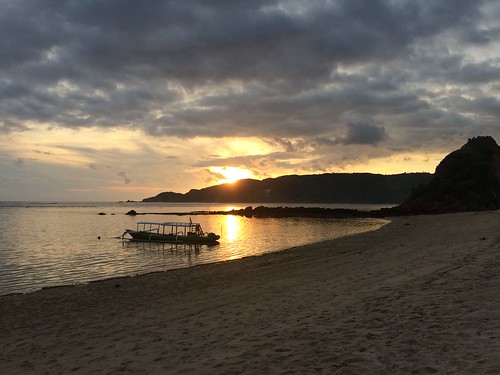 Mesmerising sunset while relaxing on the beach

Arriving in Bali, even after a day of travelling, you can’t help but feel instantly reinvigorated. Stepping off the plane and into Denpasar International Airport (which is also known as Ngurah Rai International Airport) transports you into a completely different world. A world bustling with tourists, Balinese decor and traditional masks, the traditional music of cymbals, flutes, bamboo rattles and bells, as well as some intimidating customs officials – and the excitement to explore is intoxicating. 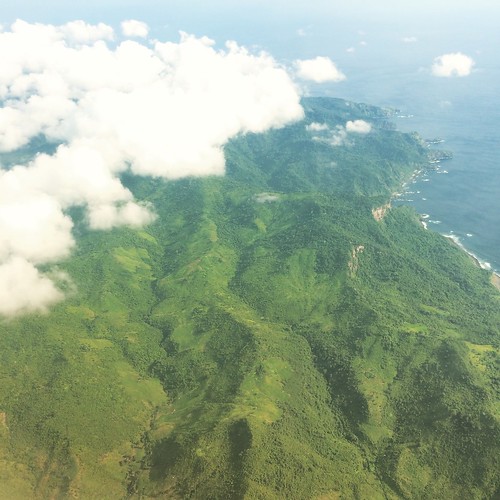 Flying over the picturesque landscape of Bali

Stepping outside of the airport, I’m still left speechless each time by the sheer volume of scooters on the road. It’s hard to estimate the numbers, but pulling up at a traffic light in a taxi will leave you engulfed by a sea of scooters, some carrying an entire family. As astounding as the scooters are, the road rules - or lack thereof – will also take you by surprise. Whereas in Johannesburg, where I’m from, roadrage is virtually built into our DNA, road rules don’t mean much in Bali. And yet there are barely any accidents. The thousands of scooters and vehicles happily use their system of hooting gently and nudging in between each other, all in good faith and without an ounce of frustration.

Bali boasts destinations for any budget and any itinerary. One such destination is the central town of Ubud, referred to as the “cultural heart of Bali” (and the setting of the “love” portion of the book Eat Pray Love) is inland and brimming with things to explore. With arts, crafts, souvenirs, stunning rice paddies, small villages and traditional healers, such as Ketut Liyer in the book. Ubud also houses a sacred monkey forest and sanctuary, home to approximately 800 monkeys. Making my way through the forest, I felt like I was playing the lead role in Tomb Raider for the day: scaling rocks and exploring Hindu temples, while watching monkeys play innocently one minute before cheekily latching on to a tourist’s bag or stealing a woman's Prada sunglasses off her head the next. 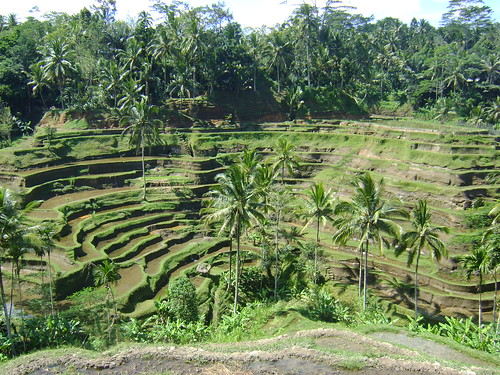 The rice paddys of Ubud

The Balinese mix of religion, culture and beauty has created a place that just feels warm-hearted and friendly. The people are incredible: always eager to talk to you or show you around and expose you to the island in all its glory.

Keep an eye out for the “offering boxes”. These little square reed baskets, called “canang sari”, are offerings to the gods and are assembled and filled each morning with anything from a few coins, flowers, crackers and crisps and even a cigarette and placed at the entrance to dwellings and shops. 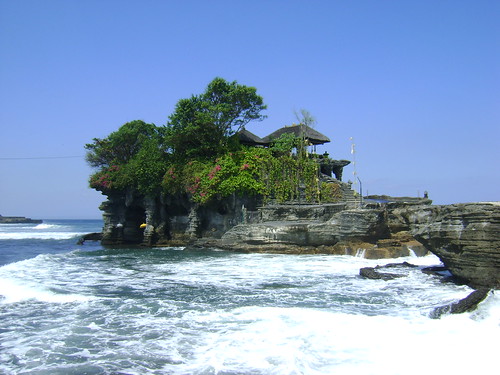 When shopping and exploring, remember bargaining is a must. It’s part of Balinese culture and the shopping experience: the first price given verbally is generally about three times what you will end up paying – if you bargain. Having family living in Indonesia for the past 7 years has given me an advantage when bargaining: the ability to haggle in Bahasa, the official language of Indonesia. Being able to count to 10 000 (the currency – Rupiah – works in 1 000s) and to say no, or “tidak” will take you far in the bargaining process ensuring that you walk away with a good deal.

Head south from Ubud to find some of the most-frequented tourist destinations. The coastal village of Kuta is the “it” place for tourists and surfers. Boasting stunning beaches, a long promenade, huge flea markets, restaurants, cocktail bars and a vibrant night life, Kuta juxtaposes the zen tranquility of Ubud with its offering of a colourful beach paradise. 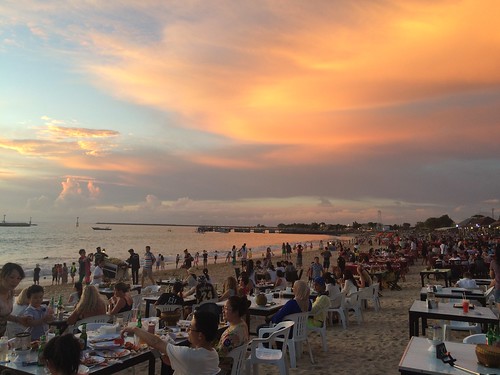 A true Balinese experience is had when venturing further south to the Uluwatu Temple, a Balinese sea temple hanging off the edge of a cliff. Said to be one of nine temples built to protect Bali from evil spirits, Uluwatu is a thing of incomprehensible beauty. It’s best to visit in the late afternoon, when you will be treated to a kecak performance. This spectacular show comprises Balinese men in costume gathered in a circle around a large bonfire, engaging in kecak singing and imitating the sound of monkeys as they tell a story. As we watched this sensational show, it began to rain briefly, ending the show with a beautiful rainbow and the sounds of Bali as we looked over the temple and on to the Indian Ocean. 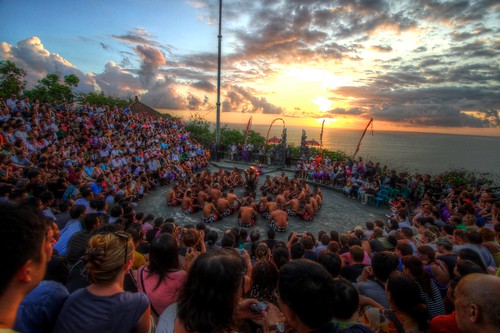 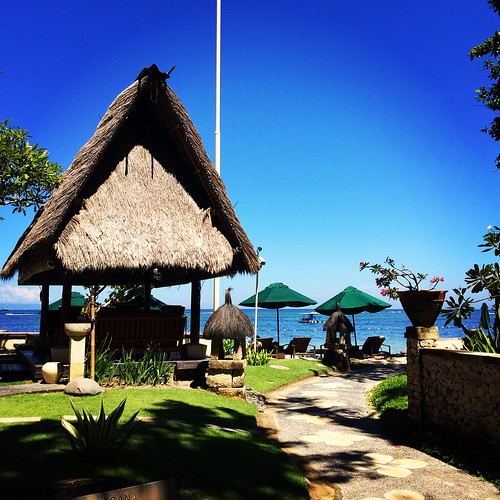 Pictures and words by Shaun Demmer