The joy of a holiday during South Africa's winter months, is that on the other side of the globe the sun is still shining. And when it comes to Scotland, this is a wonderful time of the year that should be taken advantage of!

July and August see clear blue skies for this part of the world, and daylight that extends well past 9pm, giving you plenty of opportunity to explore everything Scotland has to offer.

It's also the best time to visit the capital, Edinburgh. Having been the seat of power since the fifteenth century, the city is a tapestry of alleys, stairways, winding roads, hidden courtyards, ancient graveyards, cobbled streets, secret gardens and, of course, a giant castle surrounded by high walls and a moat, commanding an impressive view of everything that sits below.

Edinburgh Castle overlooks the city from atop a hill

But Edinburgh is also a modern European city with a thriving nightlife, cosmopolitan bars, artisanal cafés and an active live-entertainment scene, and a place with a deep appreciation of the arts.

So much so that it holds the English-speaking world's largest arts festival. For about three weeks in August, the Edinburgh International Festival takes over the city (along with the Fringe Festival) and the entire place buzzes with a mix of visitors and entertainers. There is so much going on at once that you are bound to find something to suit your taste: from live theatre and opera to classical concerts, art exhibitions, films, ghost tours, loads of stand-up comedy shows, whisky tastings, and even stand-up comedy whisky tastings (I'm not kidding).

Outside of the city, there are plenty other attractions to see. A short drive away is the Forth Bridge, one of the longest single cantilever bridges in the world and an impressive feat of Victorian engineering. Grab some fish and chips from either one of the quaint Queensferry towns that lie on each side of the bridge and watch the ferries go by. 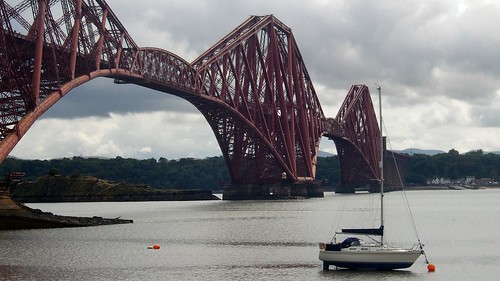 The Forth Bridge. You can still catch a train that crosses this famous bridge

Drive west towards Stirling and spend an afternoon exploring The National Wallace Monument. This 67-metre sandstone tower reveals itself above the treetops as you approach, its gothic architecture looming overhead as if you've stumbled into some medieval fantasy setting. Once inside, you'll learn the true story of Scotland's famous hero William Wallace (and don't worry, there is only one reference to the Braveheart film). Like many of Scotland's historic attractions, great care has been taken to engage the visitor and keep things interesting. This is not stuffy, boring history tucked away in a dusty museum – there is a real appreciation for preserving and keeping alive the memory of the country's fascinating, rich and ancient culture. 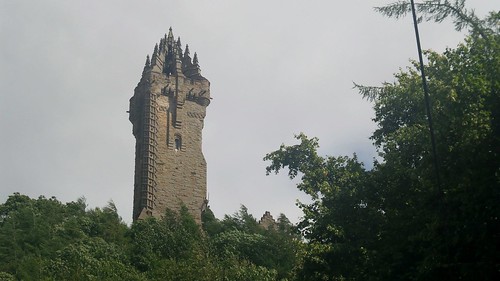 A visit wouldn't be complete without taking home a souvenir or two (or three) of Scotland's finest export: whisky. The Glengoyne distillery, which lies on the border of the Highlands region, conducts an excellent tour, walking visitors through the process from barley to bottle.

Wherever you go, Scotland is an exciting mix of old and new – a place that offers all the modern luxuries of a first-class European city, as well as one that proudly celebrates its heritage.

Words and images by Stuart Buchanan